Can Amsterdam and Edmonton recover from Masters heartbreak at Limassol 3x3 Challenger? 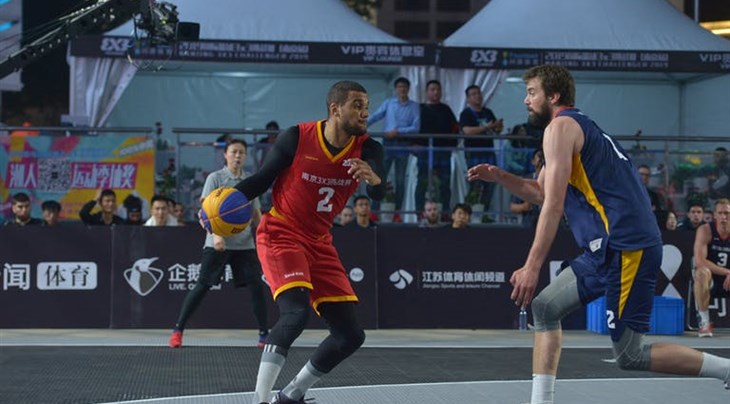 LIMASSOL (Cyprus) – In-form Amsterdam (NED) and Edmonton (CAN) will be aiming to overcome Chengdu Masters heartbreak at the OPAP Limassol Challenger on June 8 and 9.

Amsterdam are the No.1 seeds in Limassol after making the semi-finals in Chengdu. The Dutch pushed world No.1 Novi Sad (SRB) all the way in a thrilling game but fell short 21-18 as the Serbs eventually claimed the title over Riga Ghetto (LAT).

World No.4 Amsterdam loom as the team to beat in Cyprus highlighted by a confident Dimeo Van der Horst, who electrified in China to lead all scorers with 37 points overall.

After a tough loss in the semi’s we can still be proud and keep a #smile on our faces ✊🏽 Back to #amsterdam and prepare for the Limassol challenger 🚂🚂 . #ontothenextone#teamwork#basketball#3x3wt#fiba3x3#ballers#proud#china#chengdu#fun

They will face a tough challenge from No.4 seeds Edmonton, who continue to impress in their first season on the FIBA 3x3 professional circuit. The Canadians tasted success at the Nanjing Challenger and performed strongly in their Masters debut in Chengdu.

Edmonton won a tight game against Novi Sad on Day 1 but their campaign ended in agonizing fashion against Riga Ghetto (LAT) in the quarter-finals when a ruthless Nauris Miezis hit the Tissot buzzer beater in overtime.

Despite the tough break, Edmonton are clearly a team on the rise led by sharpshooter Steve Sir, who broke the record in the shoot-out contest in Chengdu.

Dominant on offense and defense, Jermaine Bucknor was one of the stars of the tournament and will be looking to continue his hot form.

It looms as much more than a two-horse race with world No.5 Piran (SLO) always competitive and boast the brilliance of Simon Finzgar, the No.1 player in Slovenia. Former U23 Nations League winners Milan Kovacevic and Tjaz Rotar will be aiming to add sparkle to the lineup.

Speaking of flash, no one entertains more than No.3 seeds NY Harlem highlighted by Dominique Jones aka Disco Domo. He’s a human highlight reel and ignites the team, who have the talent to beat anyone.

The two top teams will earn tickets for the Prague Masters on August 3-4 in the fifth stop on this season’s FIBA 3x3 World Tour.

Liman (SRB) and Zemun (SRB) have already qualified for the event in Prague.