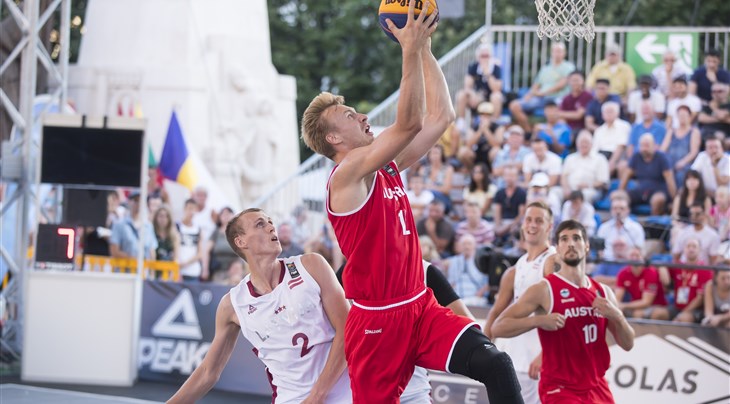 Who would have thought Latvia wouldn't make it past the pool phase of the FIBA 3x3 Europe Cup? The new number one player in the World Karlis Lasmanis and his team suffered back-to-back wins against Europe Cup newcomers Austria (18-16) and historic rivals Lithuania (22-14), who took first place in Pool D.

In Men's Pool B, Hungary fought hard against France in the last game of the day to stamp their ticket to the quarter-finals thanks to a 22-15 win over "Les Bleus". Russia are out on points scored despite beating the hosts (21-15) earlier in the day.

In the women's category, The Netherlands ended up Denmark's Cinderella story in heart-breaking fashion. After Denmark pulled off the upset against last year's runner-ups, the Orange Lions needed to win and score 13 points against Ukraine to qualify. They were up 12-10 with 1 second to go without possession of the ball. But Ukraine nailed down 2 free throws, sent the game to overtime, where Natalie van den Adel took over and delivered the Tissot Buzzer Beater to advance to the quarter-finals.

Last but not least, Belarus advanced as first in women's Pool D thanks to their wins over Latvia and Romania. The Latvians joined them in the quarter-finals after beating Romania (13-11) earlier in the day.