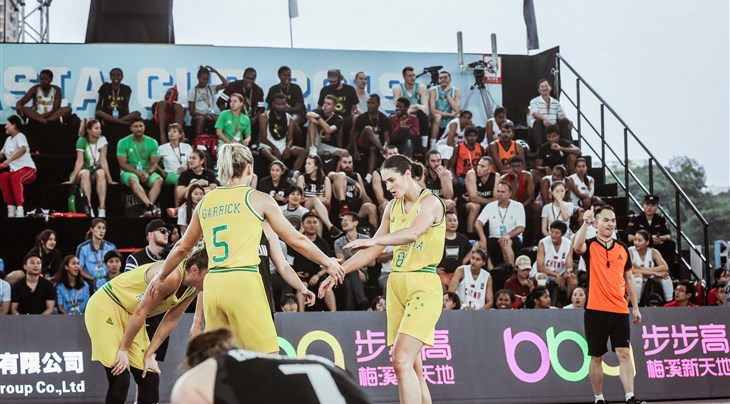 In the men's category, last year's gold medalists Australia started their back-to-back campaign with a tough win over South Korea (21-17) and then defeated Mongolia (21-8) in a rematch of last year's final. The Mongolians, who won gold in 2017, will join them in the quarter-finals as they defeated South Korea (21-14).

In the other pool, Jordan rolled over both Japan (21-15) and Turkmenistan (21-10) to advance as first. Mahmoud Abdeen and Malek Kanaan were key for Jordan as they scored 18 and 15 points respectively. Japan were second thanks to their win over Turkmenistan.

In the women's side, Australia avenged their heartbreaking loss in the semi-finals last year defeating New Zealand in their opening game (17-15) and then, defeated 2018 runner-ups China, who were eliminated with a 0-2 record. New Zealand won their tickets to the quarter-finals thanks to a tough Antonia Edmondson Tissot Buzzer Beater in overtime.

The Philippines keep their dream alive and will play the quarter-finals of the FIBA 3x3 Asia Cup thanks to their win over Sri Lanka. Japan, who dominated both games, will join them in the next stage of the competition on Sunday.

In the men's side of the bracket, Australia will face Japan in the quarter-finals while Mongolia will deal with Jordan. As for the women's side, it will be Australia against the Philippines and Japan against New Zealand.