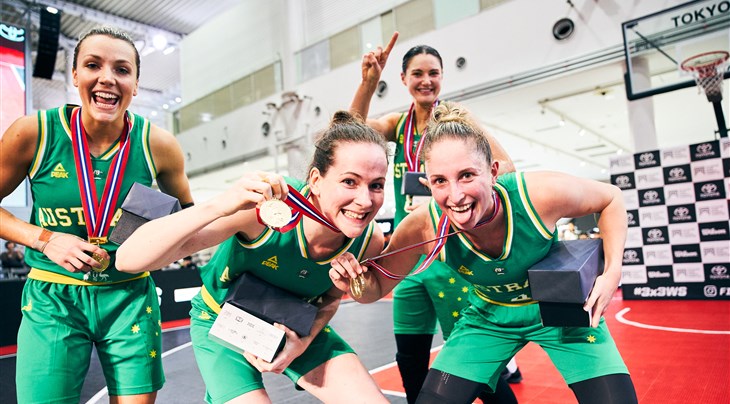 Bec Cole and company won their second FIBA 3x3 Women's Series Stop in Tokyo after starting the season with a win in Chengdu back in June. The Green and Gold defeated The Netherlands (21-15) in the final. Cole led the Australians with 10 points in the final and Alice Kunek added 6. Jill Bettonvil was the top scorer for the Orange Lions in that game with 5 points.

The Dutch team had upset Australia in the pools, which made the final even more exciting. This is the second time the Orange Lions finish as runner-ups at the Women's Series in 2 weeks after losing in the Udine Stop final against France.

Kunek finished as top scorer of the Tokyo Stop with 32 points in 5 games. The speedy Mai Yamamoto (Japan U23) was number 1 on a per-game basis with 10 points per game. She led her team to 3rd place overall in Tokyo and will be one of the players to watch at the FIBA 3x3 U23 World Cup 2019.