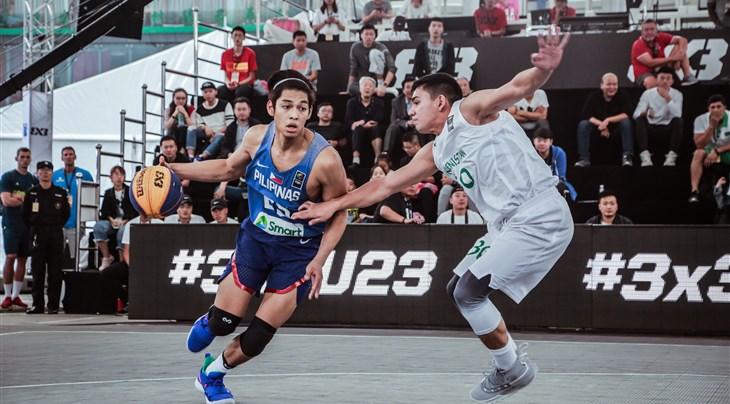 CHANGSHA (China) - Ricci Rivero will lead the Philippines at the FIBA 3x3 Asia Cup 2019, which will take place in the Chinese city of Changsha on May 22-26.

The spectacular Ricci Rivero, is back on the 3x3 scene as he will once again rep the Philippines, this time at the FIBA 3x3 Asia Cup. The 20-year-old was a sensation last year at the FIBA 3x3 U23 World Cup. Though he could not lead his team past the pool phase, his signature eurosteps broke the Internet more than the Battle of the Winterfell.

The Filipino social media star made his 3x3 debut back in 2015 at the FIBA 3x3 U18 World Cup in Debrecen, Hungary, where he finished 17th playing alongside Kobe Paras, Richard Escoto and Michael Nieto.

Last year, he teamed up with Jeepy Faundo, Jhay Abarrientos - who won gold at the shoot-out contest - and Rhayyan Amsali to finish 9th overall at the U23 World Cup.

Abarrientos and Amsali will join him again this year for the 3x3 Asia Cup. The roster will be completed by Kevin Barkley Ebona.

The Philippines were seeded in the Qualifying Draw Pool A with Qatar, Iran, Samoa and Thailand. The winners of the pool will join New Zealand and China in Pool B in the main draw.