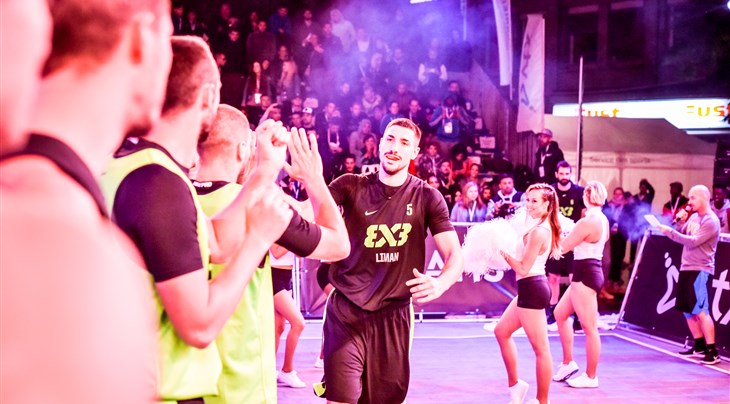 Liman (SRB), who won three Masters last year, have been seeded No.1 and will be pitted in Pool A against Pasig Chooks (PHI) from basketball-crazy Philippines. The team will feature familiar faces in ex-Novi Sad player Nikola Pavlovic and French star Angelo Tsagarakis. Local hopeful Katara (QAT) will make it a very interesting group. After a bitter end to a brilliant 2018, where they stunningly lost in the quarter-finals in the Bloomage Final in Beijing, Liman will be out to make an early statement and will play Katara to open the event on April 18. This said, they will need to do that without their star player Stefan Stojacic aka 'Mr Robot' who sustained a right calf injury and is out for 6 weeks.

Liman’s main challengers for the title will be from fellow Serbs Novi Sad, who amazingly were unbeaten during the World Tour Masters last year. They won 32 straight games to stamp themselves as a team for the ages, but know they have to step it up another level to stay ahead of the pack.

Novi Sad are the No.2 seed and headline Pool B alongside Tokyo Dime (JPN) and Doha (QAT).

No.3 seed Riga Ghetto (LAT), who lost the decider of the Bloomage Beijing Final to Novi Sad last year, are in Pool C and face a mouth-watering clash against No.6 seed Moscow Inanomo (RUS) while Balanga Chooks (PHI) from the Philippines round out the group.

Pool D looms as the group of death and will be a Slovenian showdown with No.4 seed Piran and No.5 seed Ljubljana headlining. No.12 seed Mount-Royal U McGill from Canada - who won the FISU World University League last year - will be looking to spoil the party.

This is the first World Tour event to be played in Doha, who previously hosted the FIBA 3x3 All Stars. Games will be held at the iconic Katara Amphitheater.

The 12 participating teams compete for USD $75,000 and points to climb up the World Tour standings. Unlike last year, the Masters winners do not qualify directly to the World Tour Final. The top 12 teams in the standings after the last Masters will head to Utsunomiya, Japan where the final will be played on November 2-3.