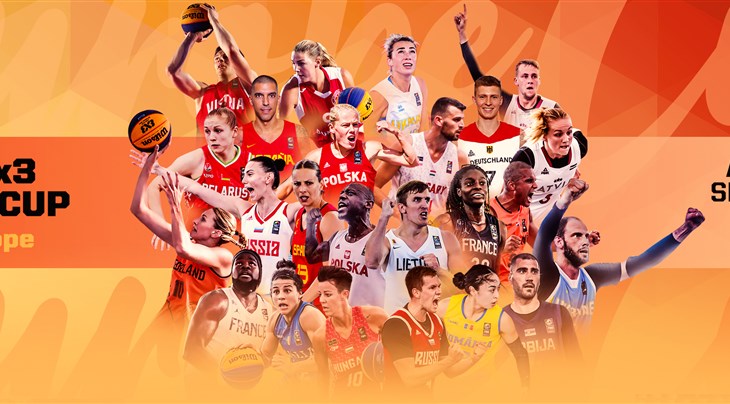 DEBRECEN (Hungary) - Twenty-four teams from 16 different countries qualified for the 5th edition of the FIBA 3x3 Europe Cup, which will take place in Debrecen, Hungary on August 30 - September 1.

The last 12 seats to Debrecen were up for grab in 3 Qualifiers over the weekend in Constanta (Romania), Kyiv (Ukraine) and Riga (Latvia).

While some of the favorites lived up to the hype (World Cup silver and bronze medalists Latvia and Poland in the men's category, World Cup 2018 winners Italy and former Europe Cup silver medalists Romania and Spain on the women's side), some missed the train to Hungary.

This obviously left room for some surprises. Denmark will make their 1st ever appearance at the Europe Cup after their women's team beat Sweden in a do-or-die game in Ukraine. Speaking of debuts, Austria's men, Germany's men and Poland's women also made it to Debrecen. Lithuania's men are back 5 years after winning the bronze medal in the 1st edition of the Europe Cup in Bucharest.