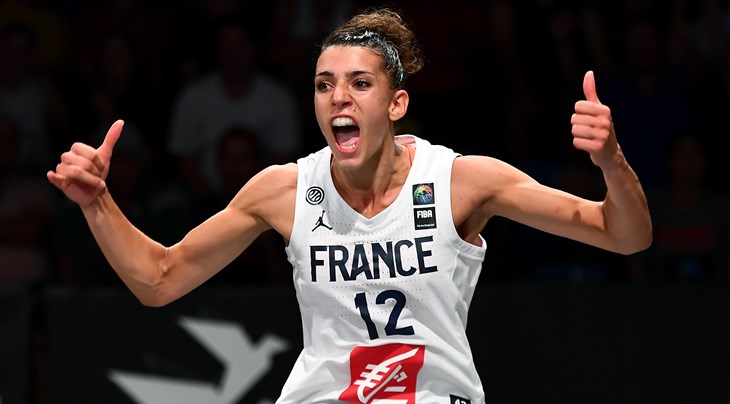 MIES (Switzerland) – Here are the numbers that mattered in FIBA 3x3 this season.

1: Nauris Miezis and Laetitia Guapo finished 2019 as the world No.1 ranked 3x3 players. With Karlis Lasmanis' flight grounded late in the season, Miezis put on his cape to take the crown, while Guapo's stellar play saw her rewarded with the coveted year-end top ranking.

3: Liman only won one Masters for the season. But it might have been the most impressive title anyone won in 2019. In Debrecen, Liman – already without superstar Stefan Stojacic – lost Stefan Kojic in the semis and were shorthanded in the final against red hot Riga Ghetto.

In a thrilling final, a three-man Liman produced a heroic performance minus a sub with Maksim Kovacevic effectively balling like he was two players. Liman's effort and toughness showcased the very best hallmarks of 3x3.

It was Liman's only major title but it will never be forgotten.

4: Novi Sad had a tough season. After dominating 2018 with a remarkable 32-0 record, Novi Sad struggled after early success in Chengdu and Mexico City. They had a long drought extending to the Utsunomiya Final, where some had written off their chances.

When it mattered most, Novi Sad rediscovered their best on Day 2 to claim 3x3's biggest prize. They successfully defended their crown and won a record fourth World Tour Final.

8: 2018 was dominated by Novi Sad and Liman. This season was different. The tilt of power shifted with North American teams Princeton, NY Harlem and Edmonton all winning Masters titles. Sakiai Gulbele from Lithuania also emerged as a powerhouse team with a strong backend to the season.

There were eight Masters champions in 2019 making 3x3 more unpredictable than Joe Pesci in GoodFellas.

12:The World Tour was bigger and better than ever this season. We went almost everywhere! There were 12 Masters events this season and we visited exciting new locations, including Los Angeles, Doha, Montreal and Jeddah. And Liman qualified for every single one of them!

17: 'Yesssirrr'! Steve Sir shouted the biggest 'Yes Sir' during the Chengdu Masters shoot-out competition when he broke the all-time record of 15 – previously held by Dejan Majstorovic.

Sir was shooting fumes to set a new all-time record with 17 points out of a possible 21. The Canadian sharpshooter cashed in a $5000 cheque for setting the new benchmark. A few months later, Latvian sniper Edgars Krumins tied this mark at the FIBA 3x3 World Tour Final in Utsunomiya.

35: Novi Sad came into the season having won 32 straight games. They did not lose in 2018. But in the first Masters of the season in Doha, Novi Sad's incredible streak ended.

They were only able to add three more Ws before falling to arch-nemesis Liman in the semi-finals.

260: Mihailo Vasic was a beast all season. He was unstoppable in the paint where he bullied opponents like he was the Incredible Hulk.

He finished No.1 in points with 260 and also won a cool $5000 for finishing top scorer in the entire pro circuit, including challengers too.

2.1 million: There was more money this year on the World Tour than Wall Street could handle. The greater financial rewards highlight the growing professionalism of 3x3 ahead of a defining 2020.