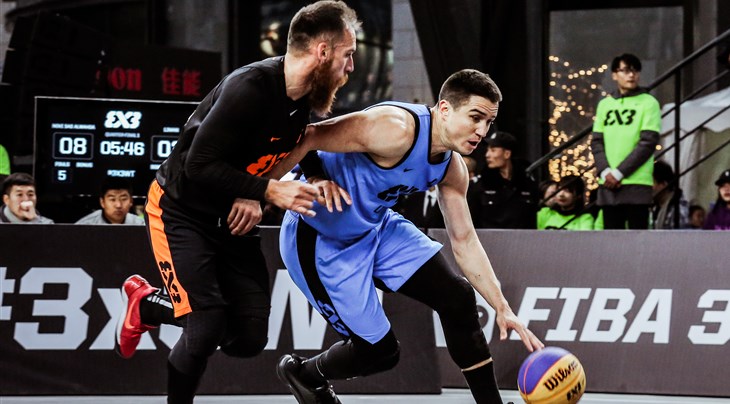 The 2 teams have won 5 of the 7 World Tour Masters last year and faced off in some of the most epic games in 3x3 history.


Novi Sad, 2-time World Tour winners, will be looking to win their first title of the season after falling in the quarter-finals of the Nanjing Challenger against Moscow Inanomo. Caution: the Russian squad will also compete in Wuxi this weekend.

But there are more reasons to think a Serbian clash in the final is not a guarantee: 3 more Top 20 teams will compete in China this weekend. Ulaanbaatar (MGL, 12th), will feature the 4 players won silver for Mongolia at the FIBA 3x3 Asia Cup this week. Humpolec Bernard (CZE, 16th) bring a new-look team, compared to the squad that beat Riga in the pool stage of the World Tour Final last year. Last but not least, Ljubljana East (SLO, 20th) make their 2018 pro debut with 3 of the 4 players who went 20-0 for Slovenia at the FIBA 3x3 U23 Nations League last season.

The two best teams at the Wuxi Challenger qualify to the Utsunomiya Masters on 28-29 July, 2018.

Three teams have already earned a trip to Japan: Zemun (SRB) and Ljubljana (SLO) (based on ranking) and Auckland (NZL).

The 16 participating teams from 7 countries will also compete for 20,000 USD in prize money.