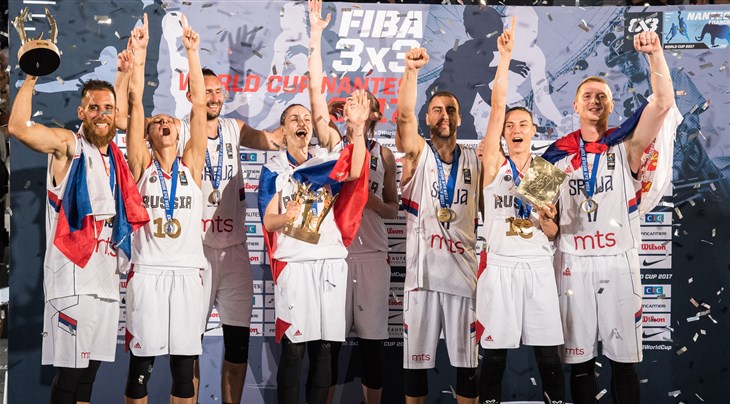 The teams were allocated to the various qualifiers based on the world’s FIBA 3x3 Federation Ranking.

Both 2017 World Champs Serbia and Russia were assigned to Romania.

In the men's tournament, Serbia - who have never won the Europe Cup - will have to deal with 2014 winners, Romania and several 3x3 powerhouses, including Lithuania (3rd at Europe Cup 2014) and Spain (2nd at European Games 2015).

The 12 men's teams will be divided into 4 pools of 3 teams while in the women's competition, the 9 teams will be split in 1 pool of 4 teams and another one of 5 and seeded automatically based on the April 1, 2018 3x3 Federation Ranking.

For info about the other qualifiers:
France Qualifier
Andorra Qualifier