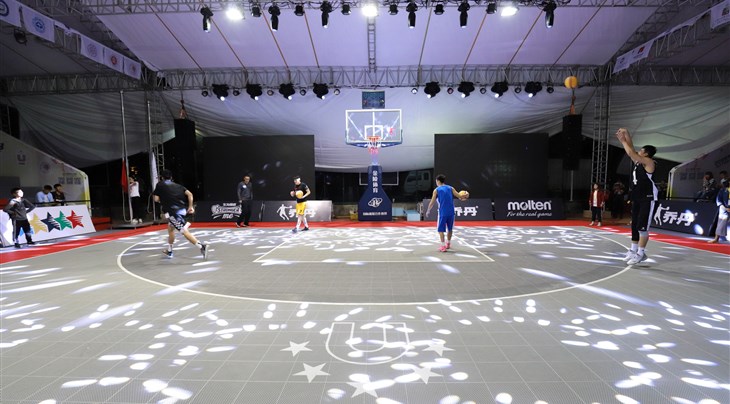 After months of intense competition and continental qualifiers that ran through the year, the best 3x3 teams from around the world have come together in Xiamen for the 4th edition of the FISU 3x3 World University League.

Among the 16 teams in the men’s and women’s fields, 10 have come through qualifying tournaments held in Oceania, Asia, Americas, Africa and Europe, while the two host teams from China – Huaqiao University and Peking University – gained automatic qualification.

In addition to the 10 teams that came through the continental qualifiers, there are also 4 teams each in the men’s and women’s competition that have received wildcard entries. This includes 2016 men’s champions McGill University of Canada. They go up against Lithuanian heavyweights Vytautus Magnus University on the very first day and that’s certainly one of the games to watch out for.

While his team and McGill are both strong contenders, the teams to beat are the men’s and women’s defending champions: Mon-Altius Physical Education Institute of Mongolia and Chinese Culture University of Taipei, respectively. The Mon-Altius Physical Education Institute of Mongolia ruled in Xiamen last year and there’s no reason to believe the defending champions won’t do it again. This year it’s a different squad to the one that played in 2017, but all four of the current team members were also part of the Mongolian national team at the Youth Olympics in Buenos Aires and the FIBA 3x3 U18 Asia Cup earlier this year.

Other players to keep an eye on are Chinese rising star Yi Zheng, Ukraine's Veronika Kosmach and Evi Dekker (Netherlands) who defeated the U.S in her first game at the FIBA 3x3 U18 World Cup back in 2016.

The schedule on all four days is nonstop, with up to 24 games a day, courtside entertainment, Huaqiao University’s cheerleading squad and emcees who will keep the crowd on their feet. The teams have been divided into 4 Pools of 4 teams each and will play each other in round robin format through Days 1 and 2. Day 3 will witness the last 16 in action, as well as a shootout contest for women and a dunk contest for men, in between games.

The 4th and final day on November 18 will be must-watch, with quarterfinals, semifinals and finals all taking place one after the other.

For the moment though, all eyes are on Xiamen as the best 128 university ballers on the planet get into action mode. The action will be streamed live on all four days, on Youtube.com/FIBA3x3.