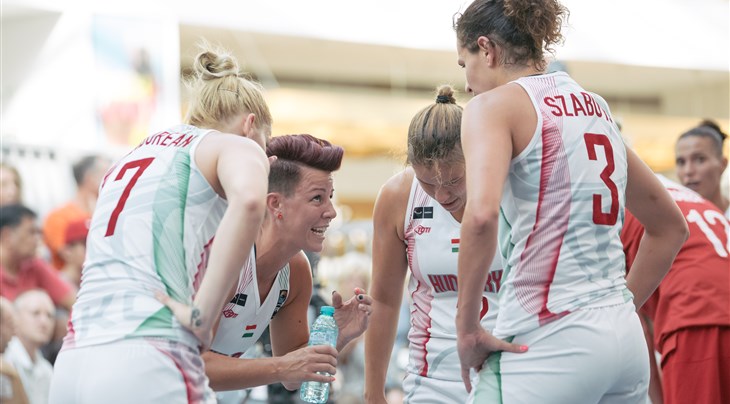 DEBRECEN (3x3) - The second largest city in Hungary Debrecen becomes the capital of 3x3 for a week and the action starts with a women's international event on August 29, 2018.

Team Hungary will be the team to beat with the exact same roster, which won the FIBA 3x3 Europe Cup in Bucharest, Romania 2 years ago, including MVP Dora Medgyessy.

The number 10 player in the world Marie-Eve Paget won bronze at the FIBA 3x3 World Cup earlier this year. In Debrecen she will lead a dangerous Team France.

Team Ukraine will be another team to follow as they include FIBA 3x3 Europe Cup France Qualifier MVP Krystyna Filevych.

Team Russia and Romania will also be in the mix for the USD 5,000 in prize money. The top 2 teams in the pool of 5 qualify for the final.

The entire event will be livestreamed on FIBA 3x3's official YouTube channel.