Vanuatu ready to take on Asia at 3x3 Asia Cup 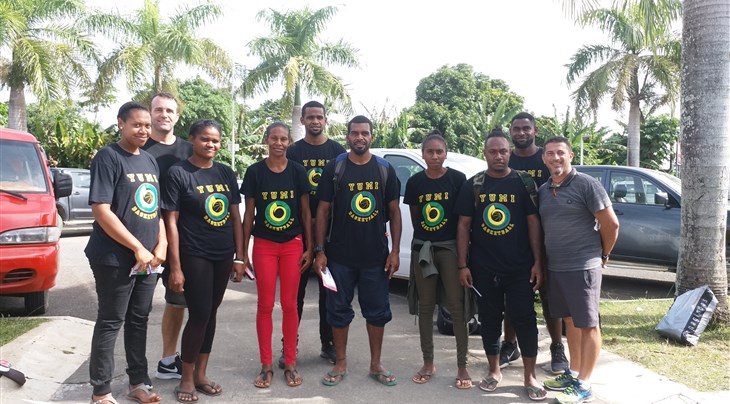 Port Vila - The Vanuatu National Men’s and Women’s 3x3 teams left Vanuatu on Wednesday destined for China and the FIBA 3x3 Asia Cup 2018. It's a momentous occasion for the Vanuatu Basketball Federation to have senior teams representing at this level for the first time and both teams are eager to perform well on the international stage.

Both teams will need to go through qualifying in order to make it to the main event - however win or lose both teams are extremely happy for the experience of international competition, the development of the sport in Vanuatu, and the opportunity to represent their country overseas.

"This is a big opportunity for these players to test themselves against the best 3x3 players in Asia" FIBA Oceania Development Manager Annie LaFleur commented. "Vanuatu women are fresh off a bronze medal at the Pacific mini-games in December, so confidence is high and they enter this competition knowing they can draw off that experience"

"3x3 is a key focus area for Vanuatu Basketball Federation. The 3x3 event during the Pacific mini-games was a major success with many people commenting on how great the atmosphere was and the excitement it generated for the sport." Wade Taylor, Vanuatu Basketball Secretary commented. "I'm really looking forward to seeing them represent their nation with pride over the next few days"

The 2018 Asia Cup, staged in Shenzhen, China, will mark the 3rd edition of the competition. Previously in 2017, Mongolia beat out New Zealand and Australia to take the gold medal. The tournament is a step on the road to the 3x3 World Cup, with the winner automatically qualifying.