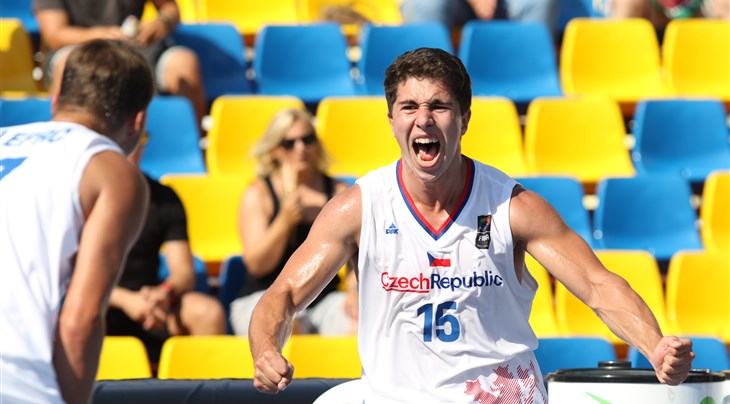 3x3 powerhouse Ukraine won both games on Day 1 against Germany and Sweden to finish on top of Pool A. Second are Poland, who last year finished 4th at the U18 Europe Cup. They play against each other tomorrow and the winner will get a spot in Debrecen.

In the other pool of the women's category, Russia defeated Hungary in a rematch of last year's U18 Europe Cup final and now they are on top of the Pool A. 2nd are hosts Hungary, who are already qualified for the U18 Europe Cup, while 3rd are Israel.

In the men's category, Estonia and Spain are on top of Pool A with 2 wins. The winner of their match-up tomorrow have a lot of chances of qualifying automatically for Debrecen with Serbia as 3rd. In Pool B, Czech Republic and Hungary are on top with Netherlands 3rd.

If Hungary (as hosts of the final) reach and win a semi-final, winner of the other semi-final is qualified for the u18 Europe Cup.

Kaja Wroblewska, from Poland, scored 15 points on Day 1 to lead the scoring charts. Second are Aleksandra Ustowska (POL) and Alexei Pérez (ESP), both will 11 points

On the men's side Barnabás Boldizsár Bencisk (HUN) led scoring with 12 points, Alexei Perex Veprintsev (ESP) with 11 and Raul Lobaco (ESP) with 10.