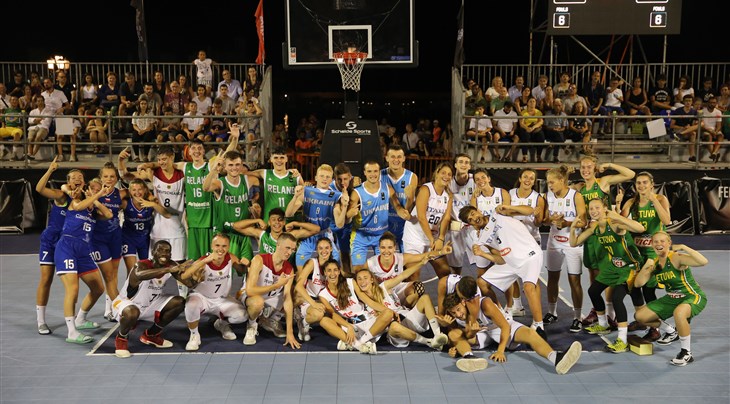 Ten men's teams and 8 women's teams competed during 2 days in Bari for the chance to get 4 tickets per category to the FIBA 3x3 Europe U18 Cup 2018 in Debrecen, Hungary on August 31- September 2.

In the men's category, Ukraine and Italy got their spots directly after finishing on top of their pools. With the luck of the Irish, Ireland defeated Poland and Germany did the same with Latvia to qualify for the U18 Europe Cup 2018.

In the women's category, hosts Italy and Czech Republic finished the pool stage undefeated, qualifying directly to Debrecen. Spain got their ticket thanks to defeating Turkey and Lithuania, after defeating Slovakia in their elimination games.

Kamile Ziedelyte (LTU) and Lorenzo Donadio (ITL) were named MVPs of the competition.

Oleksandr Sydoruk (UKR) was the top scorer of the event with 32 points in 4 games. Second was Nemanja Nadfeji (GER) with 21 points. In the women's category, Aneta Bencelova (SVK) topped the scoring charts with 24 points. Nerea Hermoso, from Spain, was second with 22 points.

We will know the rest of the qualified teams tomorrow following the two qualifiers staged in Voiron, France and Szolnok, hungary. Remember that Hungary are already qualified in both the men's and the women's category thanks to being hosts.