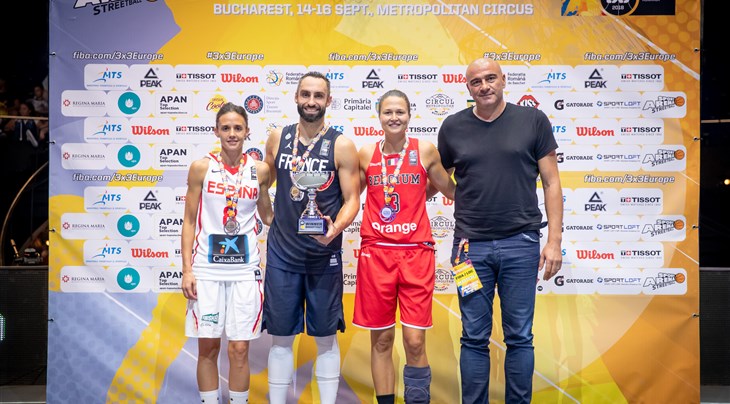 The man known as 'The Tsar' entered the final in last position after dominating the qualifying round and had Belgium women's star Romina Ciappina's 10 points to beat.

The French sniper hit one of the moneyballs to reach 11 points and lived up to his reputation as one of the best shooters in the 3x3 game. In 2017, he had won gold at the shoot-out contest of the FIBA 3x3 World Cup and silver at the Europe Cup.