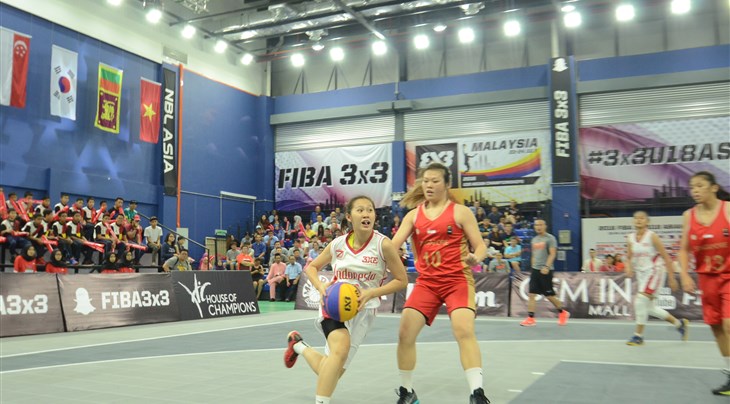 At 6ft 4in (1.93m), Xu is the tallest female player in the tournament and should be a tower of power for the Chinese, who are still chasing their 1st women's title at the event. Get used to the Shanghai native cause she will also play 3x3 at the Youth Olympic Games in Argentina on October 7-17.

This is Leonita's second 3x3 tour of duty with the national team as she played in the 2016 edition. The 5ft 6in (1.68m) dragster has also seen action for Indonesia's U16 women's basketball side, and she will bring all that experience to bear for the defending champs!

At only 5ft 2in (1.56m), Olga is what we call a pocket rocket - she may be small, but she compensates with her superb quickness. She actually averaged 1.4 steals per game for Kazakhstan in the FIBA U16 Women's Asia Championship 2017, and she'll surely bring those fast hands here in Cyberjaya!

Angelina is one of the most experienced 3x3 players in this competition, having already thrown it down at the 3x3 U18 Asia Cup 2017 and the 3x3 Asia Cup 2017 for Kyrgyzstan's youth and senior women's squads. The 5ft 7in (1.70m) rising star is poised to be their leader once more here in Cyberjaya.

Speaking of experience, Rashmi has tons of them. The 5ft 6in (1.68m) Sri Lankan has seen action for both the basketball and 3x3 teams of her country, and she is among the nation's brightest hardcourt hopes. Fresh from playing at the Asian Games 2018, she returns to the 3x3 court as the 2nd seeded Sri Lankans are aiming to turn some heads!