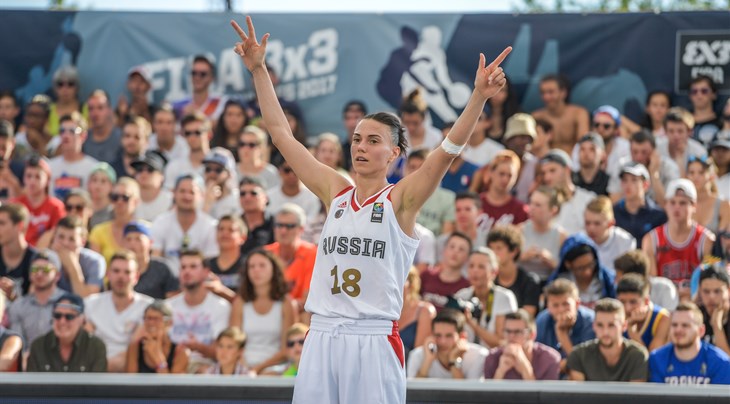 Is French star Alice Nayo that good? Objection your honor, the soon-to-be lawyer is unstoppable. When she steps on the court, it’s just law and order.

Karin Kuijt of the Netherlands was the only player last year to make the team of the tournament at the World Cup AND the Europe Cup. If she continues collecting awards like that, Imma have to call her Karin Abdul-Jabbar.

She’s breaking ankles and slapping shots. There might be a few casualties on the way to the gold medal for last year’s MVP Anna Leshkovtseva of Russia.

Last but not least, Alexandra Theodorean has led her team to a European title and a World Cup silver medal in the last 2 years, with shots more ice cold than Hungarian winter.

Nayo, Kuijt, Leshkovtsheva, Palomares and Theodorean made our list. How about you? Who are the 5 women you’re most excited to watch at the FIBA 3x3 World Cup? Don’t agree? It’s ok, just let us know in the comments below.