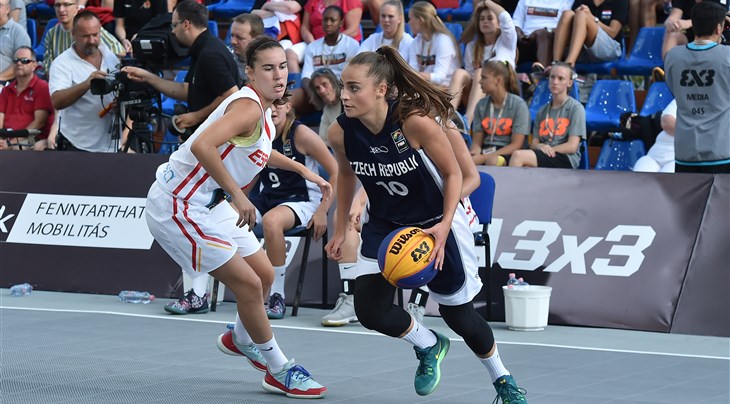 “Kiwi” is more than a baller, she’s also a singer and makes her opponents dance against their own will with her flashy handles. The 23-year-old led Hungary to Victory Royale last year at the U23 Nations League and earned MVP honors. Oh and did we say she also was the #1 3x3 player in the world at the beginning of the year?

She might be 5’5 but it’s in 3x3 that she’s made the most damage. The French dragster wasted no time making a name for herself and won the MVP award at the FIBA 3x3 U23 Nations League this year. Her first step is faster than a Nicki Minaj freestyle and she can drop the occasional jelly.

The youngest 3x3 World Champ in history is back on the 3x3 court, with more range than Beyonce Knowles. The Czech sharpshooter once scored 17 points in a first-to-21 game and was named MVP of the FIBA 3x3 U18 Europe Cup just 2 years ago. Is there still a little room somewhere for more silverware in the trophy cabinet?

Mawuli has a dream: representing Japan in 3x3 at the Tokyo 2020 Olympics playing alongside her sister. After shining in youth basketball events, Mawula is making her 3x3 debut in Xi’An.