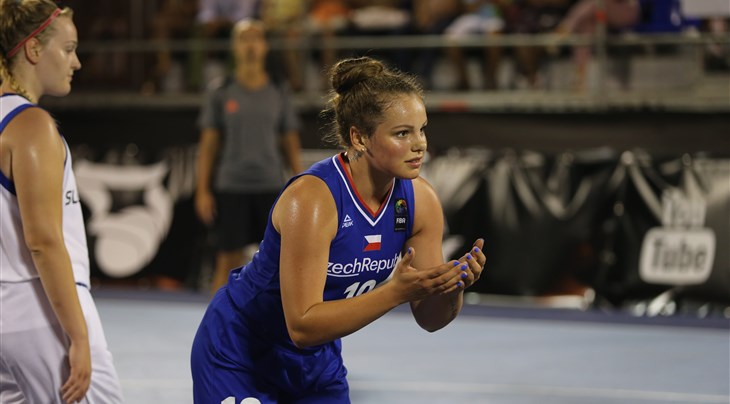 Boxing has Golovkin, 3x3 has Golovko! The 5ft 11in (1.80m) rising star topped all scorers at the women's qualifiers and brought Latvia all the way to U18 Europe Cup. Can they follow in the footsteps of their big brothers who won the Europe Cup last year?

The #1 3x3 U18 Player in the world is just unstoppable! She dominated the Italy Qualifier this year and already led Czech Republic to the silver medal at the 3x3 U18 World Cup 2017. Wanna know more? She might throw down the first dunk in 3x3 U18 women history.

How far is she? 🤔 Feat our #1 u18 player in the world @alzbeta_levinska

For those familiar with youth basketball, Massey's name will ring a bell. She guided Belgium to the European title last year and was named MVP of the competition. Can she do the same in 3x3 and become the first player to win the MVP trophy in both categories?

Bronze last year at the 3x3 U18 World Cup, silver at the 3x3 U18 Europe Cup, the 6ft 1in Russian has her eyes on the gold. After leading Russia to an undefeated record at the Hungary Qualifier, it will take a bit more than ask her politely to stop her.

Yes, the most famous 3x3 player is back to where it all started. Last year's MVP became a social media sensation after breaking ankles and leading Hungary to gold at just 16. Can she guide Hungary to back-to-back titles in front of their home crowd?