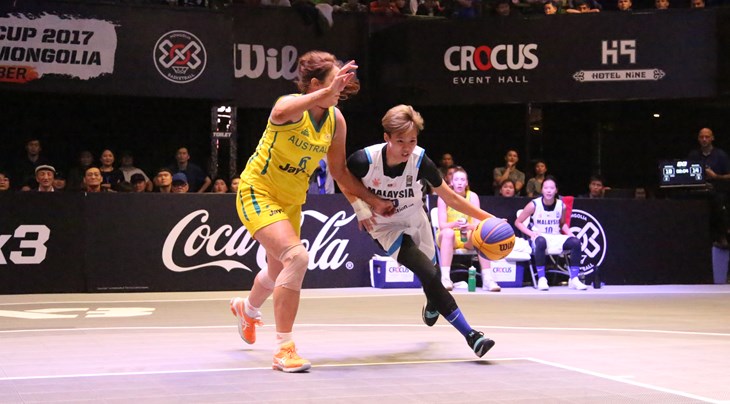 Fook Yee Yap collected so many medals at the Asia Cup last year, we feared she might break her neck. Shoot-out contest winner, a spot on the Team of the Tournament and a silver medal in the team tournament: how many medals will she add to her trophy cabinet this time around?

From the streets to the Olympics? Cocks knows what the 3x3 motto means. She represented the New Zealand at the Beijing 2008 Olympics. With her playmaking skills and lethal shot, can she bring the country up the rankings and compete in her second Games in Tokyo 2020?

She creates chaos and makes her defenders go AWOL, introducing Lea Kahol. We had never seen a mixture of speed and athleticism at the FIBA 3x3 U18 Asia Cup before. Not only did she lead Indonesia to gold in the 2017 edition, she also bagged MVP honors. Can she do the same damage with grown-ups though?

Another alumna from the U18 Asia Cup 2017, Chen showed that even at 18 years old she doesn’t crack under pressure. Check her last minute shot in this thriller over Japan...

After tasting 3x3 for the first time last year at the World Cup in Nantes, Rebecca Cole is back wearing the Australian uniform. The versatile Cole may not lead the tournament in points but there's no doubt in our mind she'll rank number one in Instagram stories.