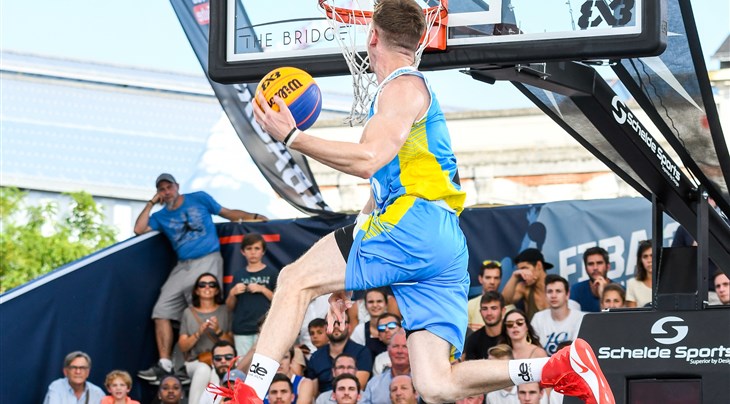 PHILIPPINES (FIBA 3x3 World Cup 2018) - 3x3 is back home where it belongs in the Philippines aka the most passionate basketball country in the world and we’re about to break records like Infinity War.

At 1, get ready for the biggest 3x3 audience of all time. We started from the bottom and now we’re here, at the Philippine Arena, the world’s biggest indoor arena! And if you thought it’d be hard to beat Troy Rosario and the hosts 3 against 3, try again 20,000 against 3.

At number 2, they won 3 World Cups in 4 editions and the only time they didn’t win, they finish 2nd, watch out for Team Serbia. Dusan Bulut and company already didn’t look human. Is it Game Over now that they have last year’s World Tour Final MVP Stefan Stojacic aka Mister Robot?

Coming up at 3, they’re the only team who ever won the World Cup and the Europe Cup in the same year. Who can stop Russia in the women’s tournament? Last year’s MVP Anna Leshkovsheva is back for more shot slapping and ankle snapping.

At 4, Fook Yee Yap is proving each year that women shoot better than man. The 24-year-old has beaten every guy she faced at the Asia Cup mixed Shoot-Out Contest for the last 2 years. Is it her time to give Malaysia their first medal in World Cup history?

Last but not least, if you still believe white men can’t jump, wait till you see you the lineup of our dunk contest: Smoove, the most creative dunker in the world, Miller, the most powerful dunker in the world and a pair of 5’9 dudes [note to Andrei: Zitlinskas and David Carlos] who can jump like Zion Williamson.