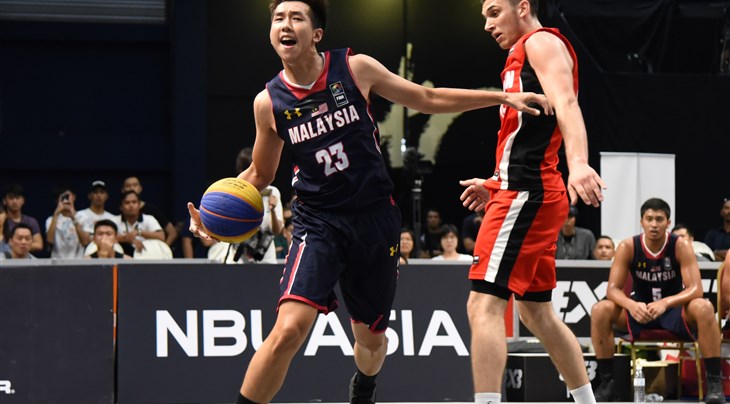 The Shaq of Qatar Aladji Bobo Magassa is back to once again impose his rim attack! The 6ft 9in (2.05m) big man from the Gulf is in his third 3x3 U18 Asia Cup, and he's out to reclaim the throne for the Qataris! Get ready for him to elevate and detonate!

Indonesia out for back-to-back!

The U18 Indonesian women shocked the entire competition last year by upsetting hosts Malaysia in the 3x3 U18 Asia Women's Final, but they're here to prove it wasn't a fluke. Last year's MVP Lea Kahol may be gone but with a pair of national youth team standouts headlining their squad like Tirsa Cecilia, they're here to win it all again!

Watch our for China's Xu Han!

At 6ft 4in (1.93m), Xu is one of the tallest women to ever play at the 3x3 U18 Asia level, and her presence means China is all business as they go for their first 3x3 U18 Asia Women's title. Can anyone stop this Walking Great Wall, who is also preparing for the Youth Olympic Games?

With a 3x3 team chock-full of national U18 team talent, the Iranians are not holding anything back. Though the long-time basketball powers have yet to make an impact at the 3x3 events, that may change soon with a team bannered by Matin Aghajanpour and Ehsan Dalirzahan!

Malaysia out for redemption?

The hosts had their hearts broken last year after losing in the Women's Final to Indonesia and getting the boot in the Men's Quarter-Finals at the hands of Lebanon. The previous year, the men lost a shocker at the buzzer against the Philippines.

This time around, they are hoping for twin podium finishes as the 3x3 U18 Asia Cup is held at home for the third year in a row!

Fans can follow the event live on youtube.com/FIBA3x3, find more information on the official website and start the conversation on social media by dropping the hashtag #3x3U18.