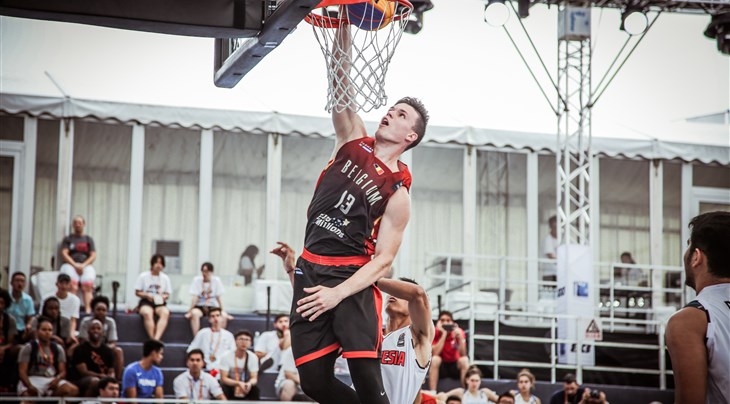 Here are our 5 reasons to watch the Europe Cup for free on our Facebook and YouTube channels this weekend. And another one.

At number one, we’re all waiting to see if the curse is over. Serbia’s men won 4 World Cups in 5 editions but still haven’t been able to win the European crown. Dusan Bulut has been a man possessed since the start of the season but is up against a pair of teams that are armed to the teeth, Count Dracula size teeth.

At 2, they’re perhaps the number 1 candidates to extend the Serbian curse. I’m talking about the defending champs from Latvia. There will be no element of surprise this year but the team has been killing it in the pro season with 5 Challengers wins so far. And Karlis Lasmanis is ready to put Dusan Bulut on his knees like Colin Kaepernick.

Coming up next at number 3 is a team that turned our world upside down at the World Cup 3 months ago. Italy beat all the best teams on the planet in Manila and Rae Lin D’Alie aka Rae Rae suddenly became the biggest star in women’s 3x3. Was that all a fluke?

At 4, I once again talk about a French team and of course this has nothing to do with my producer being French. That team won 2 women’s international tournaments this summer, including 1 in Bucharest! Marie-Eve Paget proved in Manila she had enough handles to end up on She-Hoop-Network. [Note to Kyle: a famous Instagram account – Note to Andrei/George: put the move when she went behind the back in Manila, that we had in the Top 10] and Ana-Maria Filip was even born in Romania. Basically she’ll have homecourt advantage. As long as she doesn’t meet Sonia Ursu aka the Little Bear.

Last but not least, the boy is now a man. The MVP of the U18 Europe Cup last year Vincent Peeters is bringing his perfect hair and his poster dunks to the senior category. Is that enough to bring a medal back to Belgium? I don’t know. But him making the Top 10 Plays of the tournament is even more likely than Eminem replying to Machine Gun Kelly.