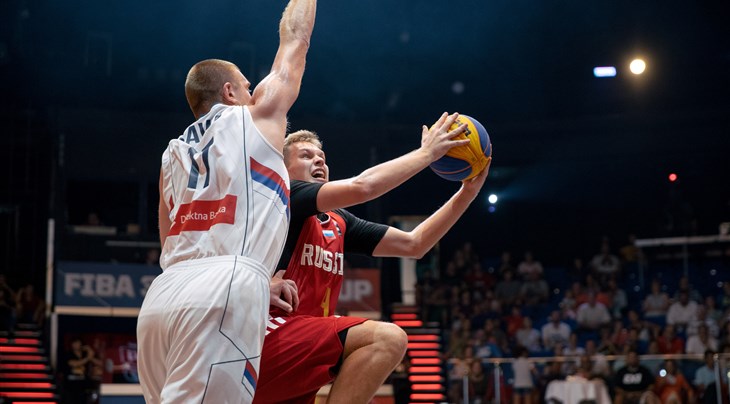 At 1, it’s the clash between France and China, who have been the 2 best teams at the FIBA 3x3 U23 Nations League this season. Caroline Hériaud and Charly Pontens have been putting on a show for France all year but China proved in Hyderabad les Bleus were not unbeata-bleus.

At 2, it’s the return of prodigal son, Ricci Rivero. Three years after a killer debut at the FIBA 3x3 U18 World Cup, the 20-year-old is repping the Philippines again. Ricci is finally back with his handles so flashy and his jumper smoother than Lionel Richie.

Coming up next at 3, it’s Vivi Böröndy from Hungary, who was MVP of the U23 Nations League in 2017. Believe it or not: the social media power user has even more moves on the 3x3 court than Instagram followers. And she comes to China on a mission for her last year playing the U23 category.

At number 4, we look at a player who’s quit playing Pokemon a while ago. Alexander Zuev has been a star on the World Tour this season. He even started representing the Russian senior national team and reached the semi-finals of the Europe Cup at just 21 years old. Not to mention he already hit more big shots than Robert Horry.

Last but not least, it’s the Czech sniper Sara Krumpholcova, who once scored 17 points in a 1st to 21 game. You thought Zuev was ahead of his time? The U23 World Cup might seem like babysitting for a girl who became 3x3 World Champ at just 18 years old.