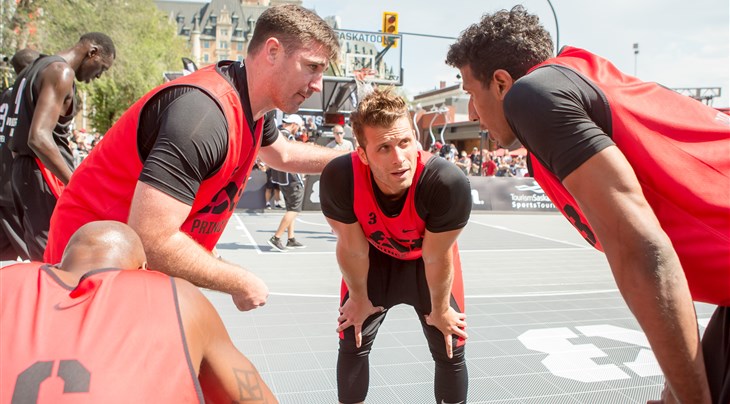 At number 1, 2, 3, 4 and 5, it’s the last chance to get a ticket to the Bloomage Beijing Final! 10 teams have already qualified and Gagarin from Russia and Belgrade from Serbia are on the bubble. Team Delhi 3BL, Ralja Intergalactic, NY Harlem 3Ball USA, Kranj, The Hague: all of them are in Penang to make it to China. If they win the title this weekend, they automatically advance. If not, we’re gonna have to do the maths like Russell Crowe in a Beautiful Mind.

At 2, is it finally the time an American team wins a World Tour Masters? It’s been 2 years now since Team Chicago won it in Mexico City. But Princeton come to Penang with big ambitions and Disco Domo of NY Harlem is so good he’s better than Drake’s Spanish teacher.

At 3, it’s the return of our Japanese star Tomoya Ochiai. The Tokyo star is nicknamed ‘The Worm’ for his fascination for NBA legend Dennis Rodman but when he’s out there on the court Tomoya is bigger more dangerous than an anaconda.

Coming up at 4, it’s the return of Team Melbourne i-Athletic from Australia. And I’ll keep a good eye on the speedy Tom Wright, who led Australia to gold at the FIBA 3x3 Asia Cup earlier this year. Wright might be 6’3 but his game is bigger than the Petronas Towers.

Last but not least, Smoove is back! Our 2-time FIBA 3x3 Dunk World Champ will be in Penang against Arek and Air David Carlos from the Philippines. Smoove is the most creative dunker in the game right now and his hands are faster than Eminem’s lips.