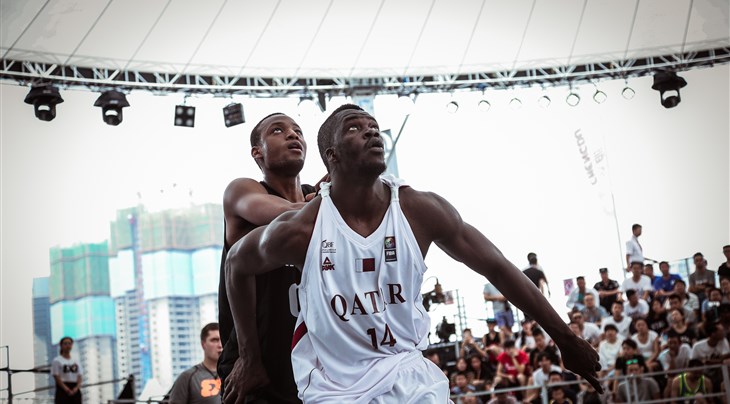 Aghajanpour has been a mainstay of Iran's national youth basketball team since last year, playing at the U16 and U18 levels, and he takes his act here to Cyberjaya for his first 3x3 foray. At 6ft 8in (2.02m), Aghajanpour towers over most opponents here and should throw it down like nobody's business for Team Melli!

The 6ft 9in (2.05m) Moors was a tower of power for the Junior Tall Blacks at the FIBA U18 Asia Basketball Championship earlier this year, and his physical play in the paint should give New Zealand a big boost in 3x3. With Moors throwing his weight around, the 3x3 Tall Blacks' opponents may just find themselves lying on the flat of their backs!

This 6ft (1.82m) big man may not be the tallest tree in the forest, but he has more than enough talent to do some damage around the basket if left unchecked. He was a solid role player for Thailand in the FIBA U18 Asia Basketball Championship and can potentially be the Thais' "Baby Shaq" in the middle here in Cyberjaya.

The Chinese won gold for the first time in 2017, and they are dead-set on retaining their dominance of U18 3x3 in the continent. Zhou leads his crew all the way from Dongguan, where they began their 3x3 journey all the way to winning the national 3x3 U18 title last month. At 6ft 5in (1.95m), Zhou has great size and should be able to put up some highlight-reel-worthy plays for the defending champs!

So yes we're going all in on big men. That kid was just angry at the rim and had two of the top ten plays of the entire FIBA 3x3 U18 Asia Cup last year.

He is back for the Qataris for the 3rd time in the competition and ready to take home the gold like he did in 2016. At 6ft 9in (2.06m) and with a boat-load of athleticism, Bobo shouldn't have much trouble grabbing boards and soaring for slamma jammas. Look out below!