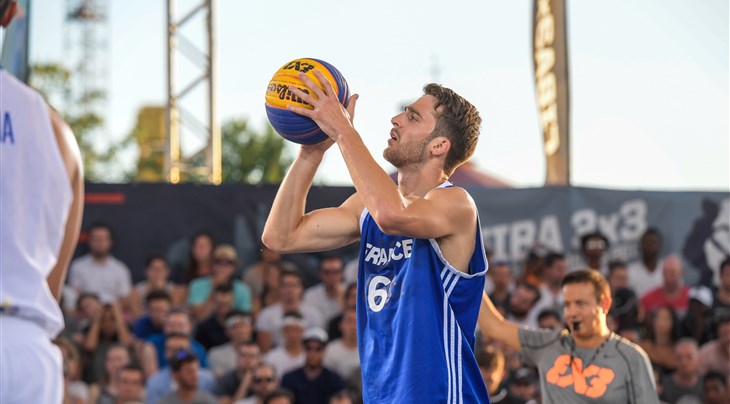 Li led China to their first-ever FIBA 3x3 gold medal last year at the FIBA 3x3 U18 Asia Cup. Since then, he’s become one of the most recognizable faces of 3x3 in the country and on the entire U23 circuit at the age of 19. He can dunk and block more than the Great Wall.

The recent U23 Nations League winner and MVP is a 3x3 pioneer! He’s played the FIBA 3x3 U18 World Cup, the Nations League, the Europe Cup and the World Cup. Now, he captains Team France in Xi’an. Can the most famous moustache in 3x3 win another title this year?

Three years after his 3x3 debut at the FIBA 3x3 U18 World Cup 2015, Ricci Rivero’s back on the 3x3 courts. He’s one of the biggest rising stars in the Philippines and he’s making headlines off the court too. He played in a horror movie this summer. Part 2 at the U23 World Cup this week for the players trying to guard him?

Who's excited to see @ricciiirivero repping the 🇵🇭 again at the #3x3U23 World Cup?

Czech Republic dunk champion! The athletic 21-year-old had one of the biggest dunks of the year on his World Tour debut this summer. Make sure you connect in time for the Czech games for the next Zach Attack.

Talk about a first year in 3x3: Alexander Zuev has already led his team to the final of a World Tour Masters (in Prague) and even competed for the Russian senior national team (at age 21!) at the FIBA 3x3 Europe Cup (4th). The 21-year has more range than Jude Law in ‘Enemy at the Gates’ and absolute ice in his veins. MVP material?

WIN a 3x3 @WilsonBasketball 🏀 and help @zuev.alex 🇷🇺 be named the most spectacular player of the #3x3WT Prague Masters 2018. Follow us & Tag 3 friends to get the chance of winning the contest The player whose video gets the most views wins the award. We will announce the trophy and the ball winner on Tuesday, August 14 at 12.00 (GMT ＋2)