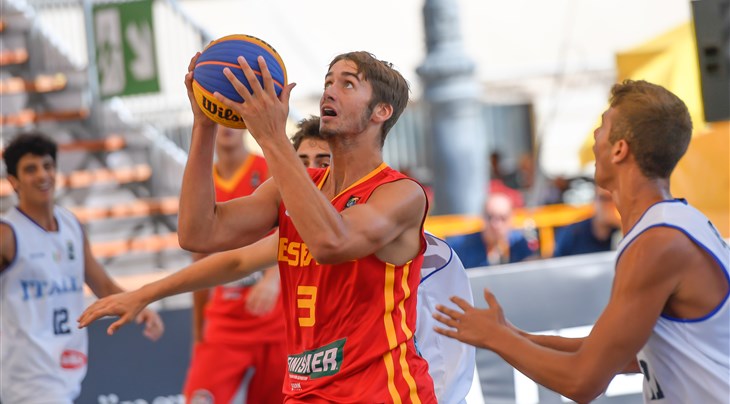 Ireland wouldn't have clinched their first-ever trip to the U18 Europe Cup without him. The flying Irish was a force in the Italy qualifier and he delivered some serious highlights. Jam it like Beckom.

France have earned a medal in EVERY edition of the FIBA 3x3 U18 Europe Cup and with Landry in the roster, they look like a contender again. The 6ft 4in (1.92m) put his stamp on the France Qualifier and on a few defenders. Keep an eye on the Swae Lee lookalike cause before you know it, his name will be known all the way to Gua-te-ma-la.

The 6ft 6in (1.98m) Martinez showed no respect for his opponents at the Hungary Qualifier and put a few of them on a poster. This could be the year Hungary start winning medals with their U18 men's team.

Shorstkyi is the only player on this list with World Cup experience. While the other 4 were playing with their Switch last summer, the Ukrainian rising star was out there finishing 5th at the U18 World Cup and 10th at the U18 Europe Cup. But like the other 4, he'll dunk on people for breakfast.

The MVP of the Hungary Qualifier is back in Hungary after a disappointing 4th place last year. With a completely new roster, he said he's not coming back to Spain without a medal around his neck!