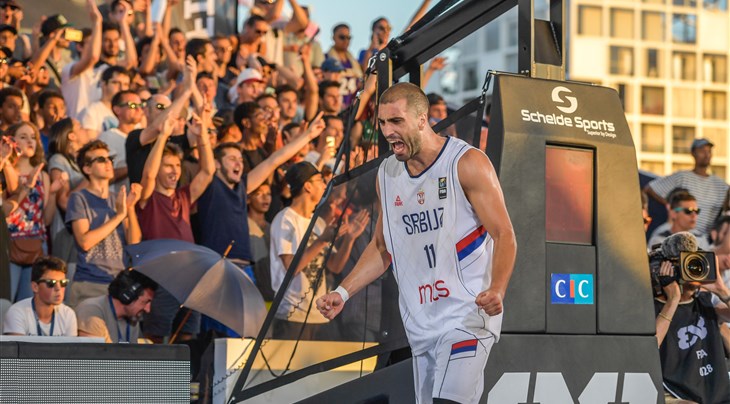 PHILIPPINES (FIBA 3x3 World Cup) - They’re gonna make you like 3x3 more than your momma’s cookies. The FIBA 3x3 World Cup 2018 starts this Friday in the Philippines and here’s our picks for the 5 men to watch.


Had to start with the dude who’s been 3x3’s posterchild for the last 6 years. He’s won 3 World Cups in 4 editions for Serbia, strangely looks like Jake Gyllenhaal and occasionally breaks the Internet with his sick ridiculous moves. He’s strong like a bull and is never afraid to shoot. Introducing Dusan Bulut.

One of Bulut’s greatest rivals will make his World Cup debut in the Philippines. Michael Linklater has a chance to become one of the most iconic First Nations in Canadian sports history. His first step is faster than TMZ and his handles are just filthy. He was elected the most spectacular player of the World Tour season by the fans last year.

At just 24, Karlis Lasmanis belongs to the new generation of players who took 3x3 by storm. Out of nowhere, the lanky lefty led Latvia to the European title last season and is a regular contributor to our Top 10s with his silky smooth step backs and backdoor slams that are more violent than the Drake-Pusha T beef.

He’s one of the reasons why people say this is the best Filipino national team in 3x3 history. Troy Rosario can do anything: outrebound a 7-footer, dunk, shoot from downtown. Plus he’s got hands softer than your favorite pillow. He’s like his teammate Stanley Pringle: once he pops he can’t stop.

Last but not least, you wouldn’t expect these moves from a player who’s nicknamed ‘The Worm’ and wears number 91 in tribute to Dennis Rodman. Japan star Tomoya Ochiai has been sharing his life between 3x3 and modelling and has been one of the most hilarious players in the game. But no more clowning: the lefty led Japan to a historic bronze medal at the Asia Cup this year. Just 2 years before 3x3 makes its Olympic debut in his homeland, Ochiai is transforming Japan into a 3x3 superpower.

Bulut, Linklater, Lasmanis, Rosario and Ochiai made our list. How about you? Who are the 5 players you’re most excited to watch at the FIBA 3x3 World Cup? Don’t be shy, let us know in the comments below.