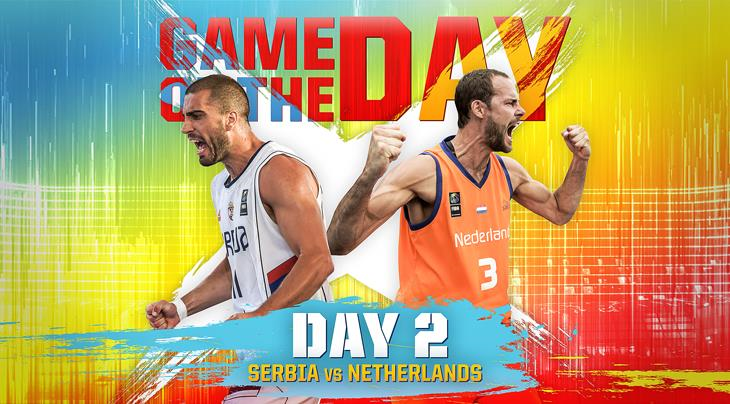 It really cannot get much better than a rematch of the Final from last year's FIBA 3x3 World Cup. Bannered by the dynamic duo of Dejan "The Maestro" Majstorovic and Dusan "MrBullutproof" Bulut, the Serbians remain favorites, but Jesper Jobse-led Dutch are probably looking for revenge.

The top two seeded teams from the pool match up in what should be one of the most physical fixtures of the day. Brazil are seeded high and are making a comeback after last playing at this level in 2014, while the Russians, won bronze at the World Cup that same year.

The hosts open their tournament against Brazil, but, truth be told, their more intriguing matchup is against upstarts Mongolia. The Mongolians have been a rising power in 3x3, winning the FIBA Asia 3x3 Cup 2017 and finishing 2nd this year, while the Philippines - despite their being a basketball-mad country - have yet to really be among the top tier on the 3x3 stage.

The United States women missed out on the FIBA 3x3 World Cup 2017, so they're raring to make a good impression here, and their biggest chance to do that on Day 2 is against 10th-seeded Iran. Key players to watch are Sabrina Ionescu and Otiona Gildon for the United States and Kimiya Yazdian Tehrani and Saiedeh Elli from Iran.

The defending women FIBA 3x3 World Cup champions open against Uganda, but their more challenging matchup for the day is against 2nd-seeded Andorra. This could be a battle of quickness and wits as last year's Skills Contest winner Claudia Brunet is set to tussle with last year's FIBA 3x3 World Cup MVP Anna Leshkovtseva.