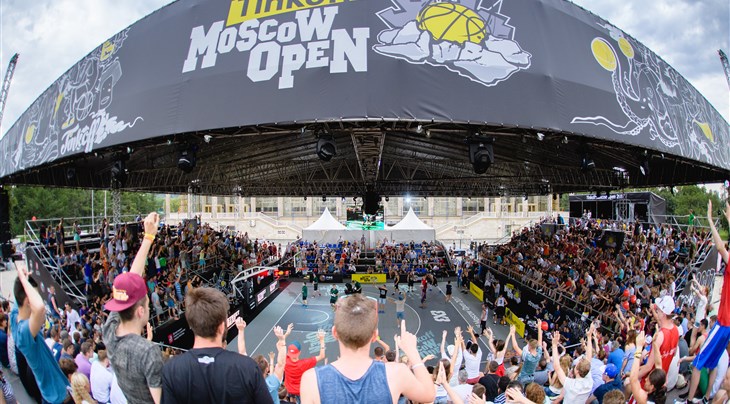 MOSCOW (3x3 Challengers) - The Tinkoff Moscow Open will bring together some of the best 3x3 teams in the Russian capital on May 18-19.

2017 winners Riga (LAT) are back in Moscow and will play Split (CRO) and a Qualifying Draw winner in Pool C.

The number one FIBA 3x3 team in the World, Novi Sad (SRB), will try to win their first tournament of the season coming from Pool A, with Bordeaux Ballistik (FRA) and Gagarin (RUS).

Pool B will be another treat with World Tour 2017 winners Zemun (SRB) and Princeton (USA). Mavraides and company just won their first Challenger of their career last weekend in Huaian. They are joined by Moskva (RUS).

Vitez Ecos Romari (BIH) and Humpolec Bernard (CZE) will be joined by the other Qualifying Draw winners in Pool D.

The two best teams at the Tinkoff Moscow Open qualify to the Prague Masters on August 4-5, 2018.

Two teams have already earned a trip to Czech Republic: Liman (SRB) and Piran (SLO) (based on ranking).

The 16 participating teams will also compete for 20,000 USD in prize money.