Three of the Top 6 teams in the world in 1 pool? Possible after FIBA 3x3 World Tour Lausanne Masters seeding 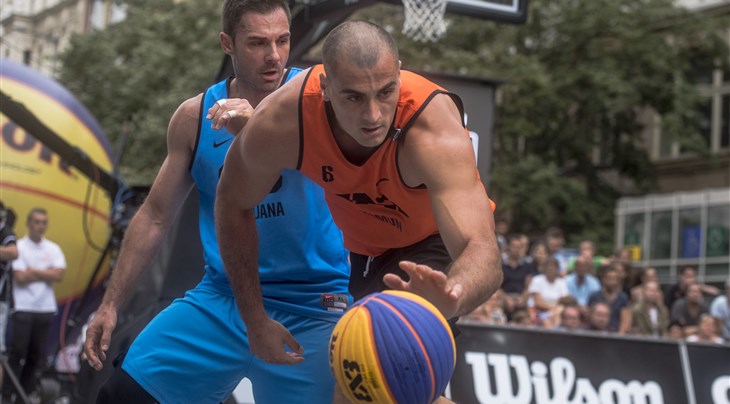 Just like it was the case with Novi Sad Al Wahda (SRB) at the Prague Masters, these 3 teams earned a ticket to the World Tour through a national quest, a type of qualifier which doesn’t necessarily lead you to the main draw directly (unlike it is the case for the international challengers or for tickets based on ranking or wildcard hosts).

The top 7 teams in the world – without exception – will be in the Olympic Capital. This starts in Pool A with the number 1 and last year’s Lausanne Masters winners Novi Sad Al Wahda (SRB). Good news for the fans: 3x3 superstar Dusan Bulut will finally make his 1st appearance in Switzerland, just 3 weeks after breaking the Internet at the Prague Masters.

The rest of the pool? Team Kranj (SLO), who won the 1st edition of the Lausanne Masters 5 years ago – and Cremona (ITA), starring the extravagant Claudio Negri.

The number 2 team in the world Liman Tesla Voda (SRB) have 5 days to learn how to speak French to better adapt to their rivals in Pool B. Team Lausanne (SUI) got the home crowd wilder than Deontay last year when they made it all the way to the final. But how high can they get without their star player Natan Jurkovitz aka Swiss Khalifa?

Last but not least, it’s another former Lausanne Masters finalist. Team Paris might have changed their name to Team Nice GRDF but the faces of Charles-Henri Bronchard, Anthony Christophe and Dominique Gentil will be familiar to the local fans, who supported them when they finished 2nd in 2016.

Last but not least, Pool C will feature Riga (LAT), the only team that was won 4 Challengers this season. We even get 2 Baltic teams for the price of 1 with the young Kaunas (LTU) team. Last time a Lithuanian team came to Lausanne, they won the whole thing. That was back in 2015 with Team Vilnius. The number 10 team in the world Humpolec Bernard (CZE) will complete the pool.

If you’re not coming to Place Centrale for the event, first you’re missing out. Second, we got your back with the livestream Friday and Saturday on FIBA 3x3's official YouTube channel.