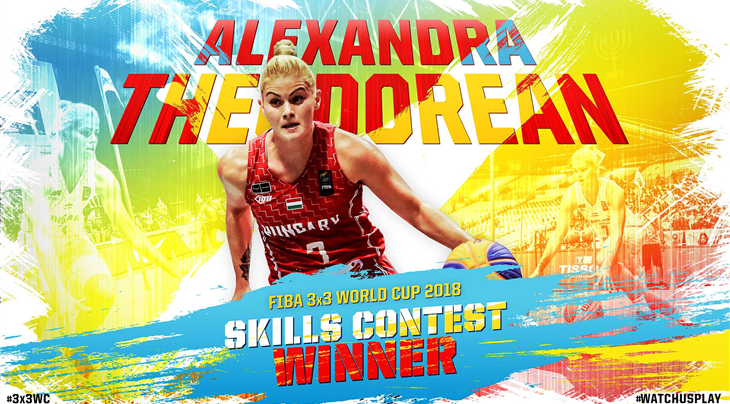 The 27-year-old defeated Switzerland's Nancy Fora in the Semi-Final and France's Marie-Eve Paget in the Final to bag the gold medal at the Philippine Arena.

Kazakhstan's Zalina Kurazova won the first ever medal at the FIBA 3x3 World Cup for her country after she prevailed in the the bronze medal match.

It's the second time that Theodorean wins gold at the skills contest after doing it in Guangzhou at the FIBA 3x3 World Cup 2016.