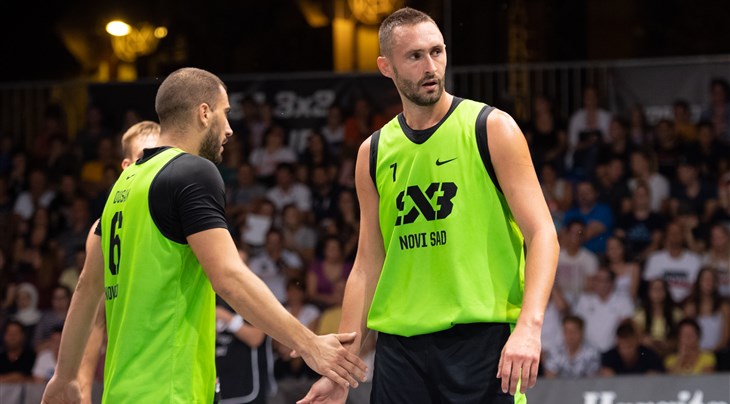 The FIBA 3x3 World Tour makes its debut in India this weekend and the question every 3x3 fan has is who can stop Novi Sad Al Wahda? The Serbian squad has won each and every Masters in which they have participated this season (Saskatoon, Prague, Lausanne and Debrecen). They are 22-0 at the World Tour in 2018. The 2-time World Tour winners had a favorable seeding in Pool A. Dehli 3BL (IND) will play at home but did not make it past the pool phase in 2 attempts this season at the World Tour and the #14 team in the world Gdansk Energa (POL) has never ever won against Novi Sad Al Wahda in World Tour history.

Is this Riga's time? After reaching their first final at the World Tour in Debrecen and representing Latvia in style at the Europe Cup (silver medal, 1-point loss in the final against Serbia), the number 4 seed will be the team to watch in Pool D with Belgrade (SRB) and 3x3 World Tour rookies Bangalore 3BL (IND).

The #2 team in the world Liman Tesla Voda (SRB) will start in Pool B alongside Prague Masters runner-ups Gagarin (RUS) and Sao Paulo DC, from Brazil, who qualified after finishing 2nd at the Berlin Challenger.

Last but not least, is Pool C a re-edition of the Mexico City Masters? Just 2 weeks after shining in the Perisur shopping mall, Ponce (PUR), Princeton (USA) and Piran (SLO) will compete for two spots in the quarter-finals in India. Remember that Ponce defeated first Piran and then Princeton on their way to the final in Mexico City.

If you’re not coming to People's Plaza for the event (the entrance is free!), make sure you follow the livestream Saturday and Sunday on FIBA 3x3's official YouTube channel.