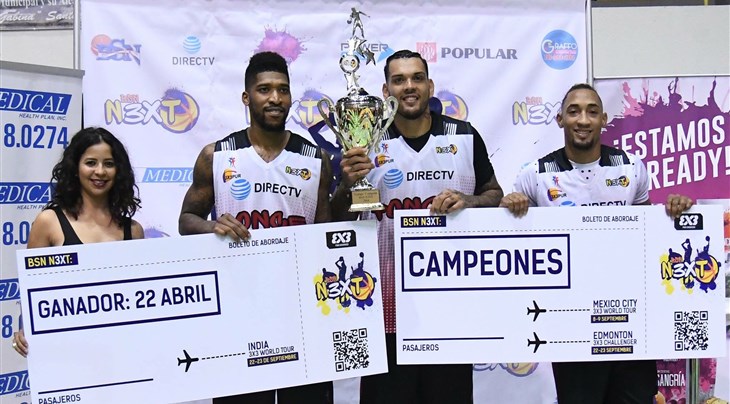 Tournament MVP Carlos Emery led Ponce to a 6-2 record overall, including a perfect 3-0 run on the last day of competition at the Coliseo de Aguada on April 22, live on DirecTV.

The high-flying 26-year-old scored 10 points in the final against Team Fajardo, including an impossible shot from behind the arc right in the defender's grill to win the game in overtime.

By having the best record in the league and winning the final event, Emory and teammates Jared Ruiz and Owen Pérez won 2 tickets to the FIBA 3x3 World Tour: the Mexico City (September 8-9) and India Masters (September 22-23).

Two more BSN N3XT teams will get a chance to qualify to the FIBA 3x3 World Tour. Second-placed Aguada and third-placed Quebradillas earned a ticket to the Edmonton Challenger (22-23 September), which qualifies 2 teams to the Kuala Lumpur Masters.

Puerto Rican teams have been a pioneer in the history of 3x3. Team San Juan won the first-ever edition of the FIBA 3x3 World Tour in Miami back in 2012.