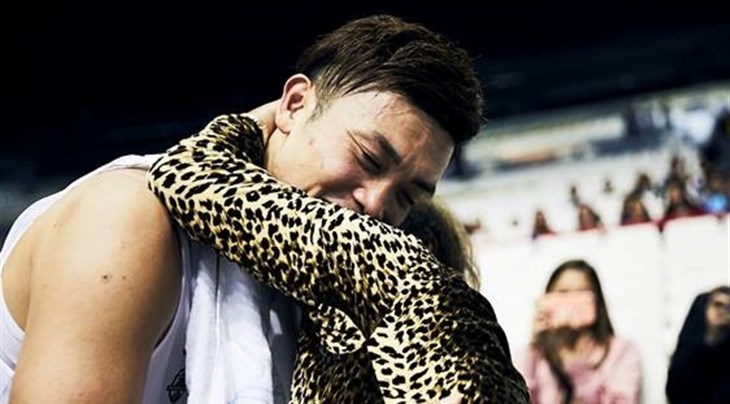 Like a treasure hunter stumbling upon a gold mint, the world's 92nd-ranked FIBA 3x3 player rediscovered his roots and his family in this part of the world. For the past nearly three decades of his life, Noro had known that he was part-Filipino, but he had never been able to explore that part of his identity.

That all changed when he found out that the FIBA 3x3 World Cup 2018 was being hosted in Bulacan, Philippines.

Alma Miwa, Tatsuhito's mother, says her son was born in Tokyo and this is the first time he's been to the Philippines. Noro had his two friends pick up his family in Angeles, Pampanga to watch the Japan 3x3 team play #3x3WC | @abscbnsports pic.twitter.com/sautVqZwhv

"When I found out that the World Cup was going to be held in the Philippines, I remembered my Filipino heritage," he said. "I was not even supposed to be part of the final Japan 3x3 roster, but I was called up at the last minute."

Things culminated on Day 3 as Noro's mother and grandmother went to the Philippine Arena and watched the 6ft 2in (1.88m) 3x3 star strut his stuff. Noro helped Japan beat Indonesia in their first game, 18-11, but they faltered against Poland, 20-16.

After his final game at the 3x3 World Cup 2018, Noro walked to the stands and made sure to let his family know how grateful he was for their presence. Talk about a tear-jerker of a scene amidst the bobbing and weaving of the 3x3 players just a few steps away.

Things get emotional between Tatsuhito Noro and his Filipino Lola after Japan’s last game at the #FIBA3x3WC! pic.twitter.com/LAYt13uJa6

"I am just happy to play here in the Philippines in front of my mother and especially my grandmother, whom I have met for only the first time in my life," Noro said as he was overcome with emotion.

When he began playing 3x3, Noro knew the game would take him places, but he probably didn't expect it to take him to his second home.