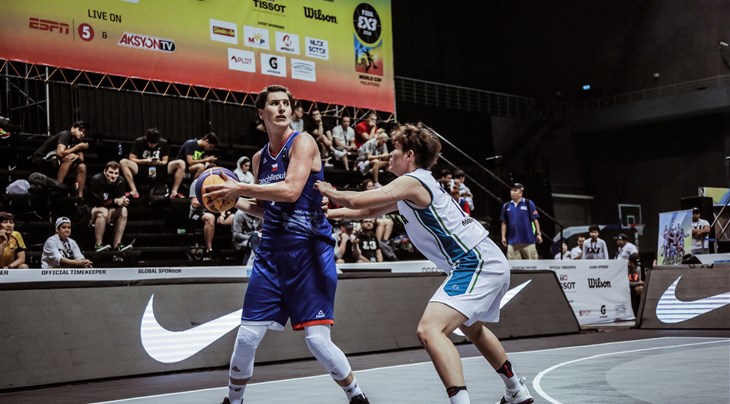 The 6ft 2in (1.88m) tower of power's offense was hotter than freshly cooked porridge as the Czechs pulled the rug from under the Italians, 21-20, scoring 10 points. She followed that up with another 10-point performance against Malaysia, though the Czechs took an L, 22-18.

Over on the men's side, Jesper "The Job" Jobse certainly got the job done and them some. Netherlands went 2-0 to close their Pool A play, and Jobse's scoring was front and center. "The Job" dropped 21 points on Romania and then torched New Zealand with 7 points in a 21-15 win.

Hulking 6ft 11in (2.11m) New Zealand giant Sam Timmins recorded 17 points as the day's second-best scorer, while Delgernyam Davaasambuu stepped up huge with 17 points as well for Mongolia, which won both of their Day 4 fixtures.