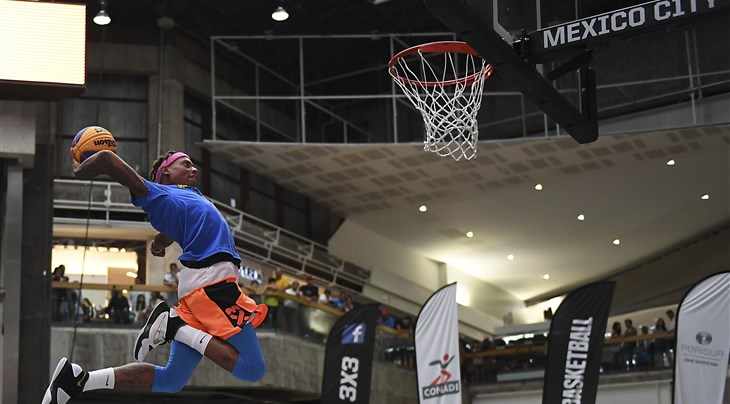 Southerland, who has already won 2 World Tour Masters - Mexico City & Beijing 2016 and finished 4th at the FIBA 3x3 World Cup 2017 Dunk Contest. The 6'2 Dunker will be the main attraction of the Dunk Contest of the Utsunomiya Masters on Sunday 29.

His opponent? Australian 6'3" pro dunker Stephens. The 22-year-old will make his debut at the FIBA 3x3 World Tour at one of the most iconic venues in World Tour history, the Futaarayama Jinja Shrine. The Australian has also trained at the beginning of the year with 2-time 3x3 World Tour Utsunomiya Masters Dunk Contest winner Jordan Kilganon. Did "The Scorpion King" give him the secret to success in Japan? Just one more thing about Stephens, his vertical is 45"!