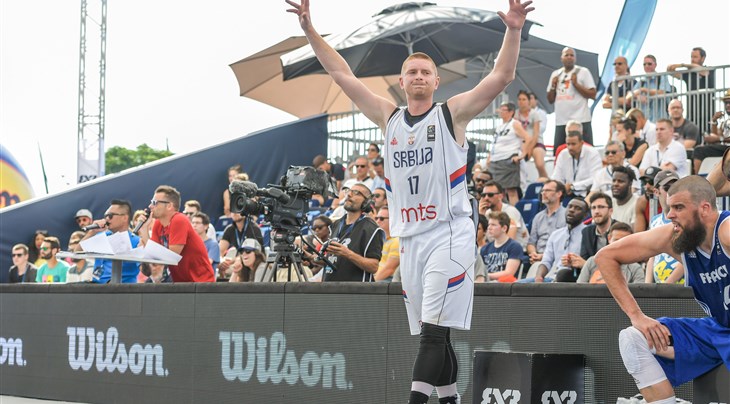 No other country in the world has won more gold medals at the FIBA 3x3 World Cup though Serbia did not win a single medal in individual contests.

The US won a lot more medals (11 overall) but only 2 gold. These 2 titles came courtesy of the women's national team in 2012 and 2014. Seven of these medals came from individual contests.

Third comes France, who won 2 gold medals in the mixed team event of the 2012 edition and last year with Angelo Tsagarakis in the Shoot-Out Contest. Les Bleus won a grand total of 7 medals in 4 editions.

Romania and Czech Republic are the only other 2 countries who won 2 gold medals in 3x3 World Cup history.

Eleven countries won 1 gold medal. Thirty-one countries overall have won a medal since the creation of the 3x3 World Cup back in 2012.