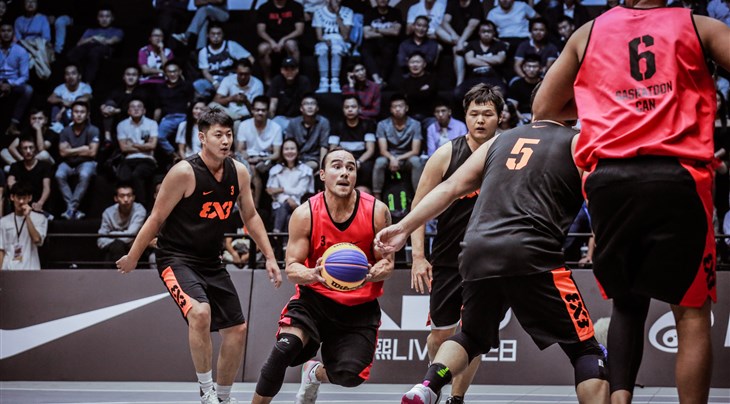 The Canadian squad, who are playing their 3rd World Tour Masters of the season, started the day with a 2-0 in Chengdu. In their opening game against Wukesong, Linklater & co. set a new World Tour record after defeating the Chinese squad by 18 points (22-4). That's the biggest win in FIBA 3x3 World Tour history replacing a 17-point win by RJ Madureida, from Brazil, in the Sao Paulo Masters 2013. In their second game of the day, Saskatoon put on a show against Tachikawa (JPN) and got a 21-17 win.

2018 World Tour Utsunomiya Masters winners Liman Tesla Voda (SRB) also finished undefeated on Day 1 in China and advanced as first in Pool A after taking care of Beijing West and Dongan, who also advanced to the quarter-finals.

If Saskatoon dominated their Pool, you can say the same about Riga Ghetto. The Latvian squad are on a mission to win their first-ever World Tour Masters and defeated North Jakarta Pertamina 22-5 in their opening game. The Indonesian team were eliminated after a loss against The Hague (NED), who join Riga in the knock-out rounds.