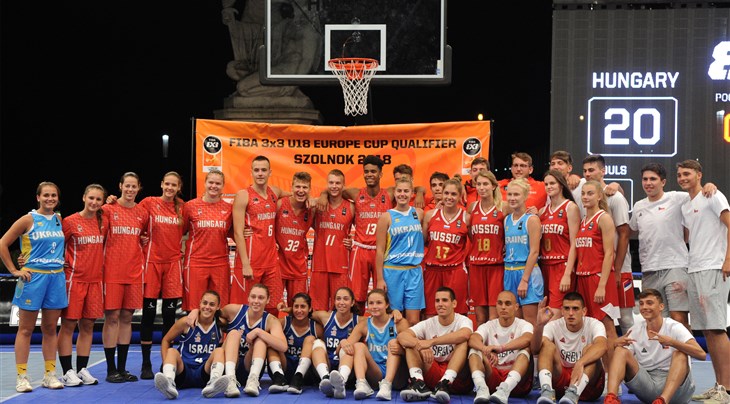 A total of 18 teams from 15 countries played for 2 days in Szolnok to qualify for the FIBA 3x3 U18 Europe Cup, which will take place in Debrecen, Hungary on August 31 - September 2.

In the women's category,last year's runner-ups Russia and Ukraine got their pass to Debrecen after their undefeated 1st place finish in their pools. Israel got the last ticket after winning the qualification game against Sweden. Eszter Varga (Hungary) was named MVP of the competition.

In the men's category, Spain starring their MVP Pere Sureda and Czech Republic qualified early after winning their respective pools. Serbia joined them after beating in the qualification game.

Hungary were already qualified to Debrecen thanks to being hosts of the final.

We already know who will compete in Debrecen at the FIBA 3x3 U18 Europe Cup after the three qualifiers hosted in France, Hungary and Italy: