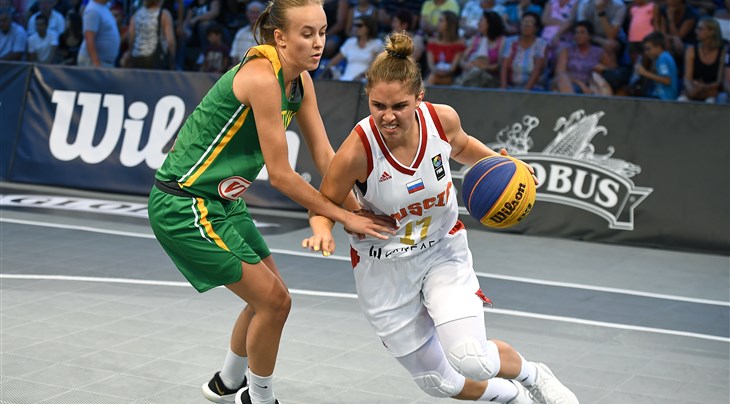 In the other pool, Belgium could not be denied. They defeated both Czech Republic and the Netherlands. It will be last year's World Cup silver medalists who advance to the quarter-finals as they defeated the Dutch squad with a Tissot Buzzer Beater in overtime.

In the men's category, Romania defeated Spain in Pool B with Victor Bogdan scoring six 2-pointers. Both advanced to the knock-out games as Greece finished 0-2 for their event debut.

France won a thriller against Russia with another Tissot Buzzer Beater in overtime to top first in Pool D. Ireland, who were also making their debut at the U18 Europe Cup, made a good impression with a good dose of highlights.