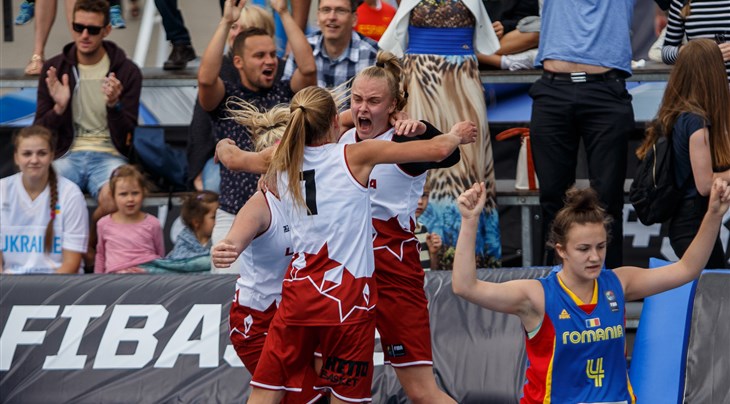 It was only Day 1 but Russia proved they were in France to intimidate their opponents and qualify for the U18 Europe Cup in Debrecen. Despite just defeating Slovenia by one point (16-15), they outscored Sweden in the 2nd game by 16 points ( 22- 6). Russia stand first in Pool B with Slovenia 2nd.

In Pool A, hosts France dominated the pool finishing undefeated after defeating Greece and Romania. "Les Bleus" are first in the pool and Greece are second by defeating Turkey.

In the women's category, Latvia finished on top of Pool A as they were undefeated. They defeated hosts France first - who are 2nd in the Pool - and then Greece.

In Pool B, Belgium also were undefeated thanks to two wins over Netherlands and Ireland.

The pool stage will finish tomorrow. Remember that the pool winners qualify directly to the U18 Europe Cup and the teams ranked 2nd and 3rd in their pool play a semi-final against the teams ranked 3rd and 2nd respectively in the other pool. The winners of these 2 semi-finals book 2 tickets to Debrecen.