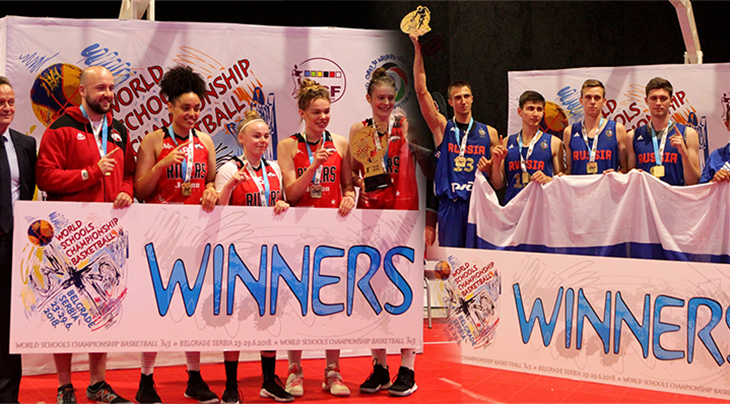 Not even France could stop Russia in the final of the men's category. as they won 18-15. Russia dominated Slovakia in the semi-finals and France defeated one of the favorites, eventual bronze medalists England in a 21-20 nail-biter in overtime.

England tasted victory in the women's category after dominating hosts Serbia in the final (21-8). Third was Chinese Taipei.

Young Athletes from 29 countries traveled all over the way to Serbia to participate in the 3rd edition of the ISF 3x3 Basketball World Schools Championships. The event was co-organized by the Serbian Ministry of Youth and Sport and the Basketball Federation of Serbia.

Photos of the event are available at facebook.com/ISFWSCbasket.

The event was sponsored by Creata and Kinder + Sport.