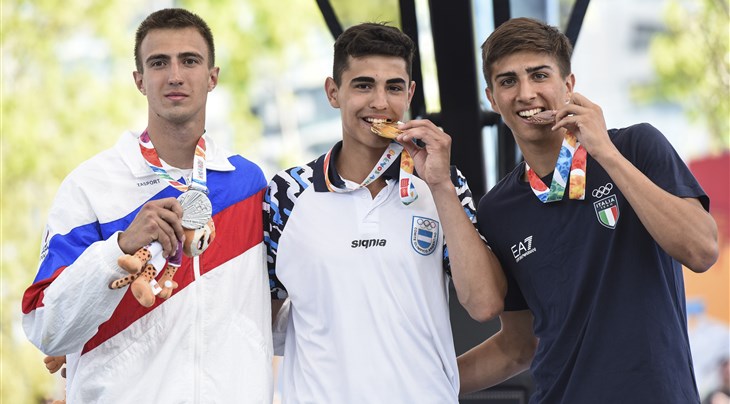 The flying Argentinian defeated Russia's Nikita Remizov by unanimity in a fourth dunk play-off in the final after both dunkers were tied with 81 points.

It was the second time that judges had to decide the winner as Niccolo Filoni (Italy) who won bronze, was tied with Remizov and Ruesga after the semi-finals with 51 points.

4th was USA's Carlson McCorkle, who was eliminated in the semi-finals with 47 points.