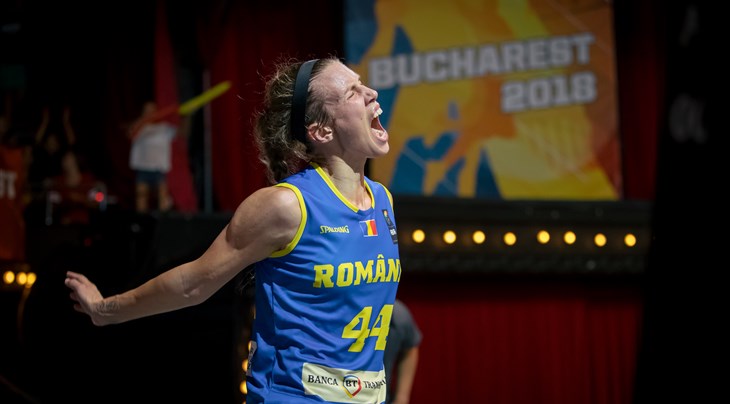 The team featuring Gabriela Irmia, Gabriela Marginean, Ancuta Stoenescu and Sonia Ursu started the day with a win before the limit (22-9) against Serbia. Irmia led the way with 7 points but it was a balanced effort from the team as every player scored at least 4 points.

In the last game of the day, the local favorites won a thriller against the Netherlands 18-13. Team captain Marginean took over in that game with a game-high 7 points.

Romania was 1 of just 3 teams to finish the pools undefeated (France and Spain were the other 2) and had the 2nd best defense with just 22 points conceded (just below France).

Two years ago, Romania finished just short of a home crowning at the Europe Cup. But their performance on Day 2 can give them reasons for hope, especially since their final opponents 2016 were knocked out of the competition on the opening day and the 2017 champs Russia did not even qualify for the Europe Cup.

Romania will meet Ukraine in the quarter-finals.