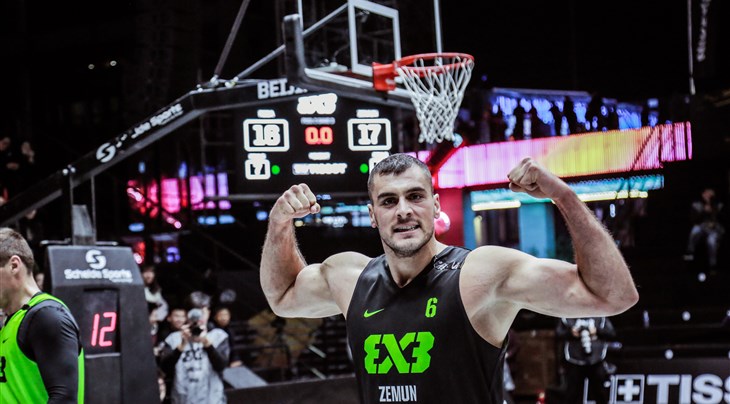 Twelve teams started the day, only 8 advanced to tomorrow's knock-out games at the Bloomage Beijing Final and reigning champs Zemun (SRB) were one of the 4 teams that finished undefeated on Day 1.

The Serbian squad started the day with a victory over new kids on the block Gagarin (RUS) and then overcame an overtime drama against Riga Ghetto (LAT) thanks to a Tissot Buzzer beater from Nikola Vukovic that made him do more laps than Lewis Hamilton. Both Zemun and Riga advanced to the quarter-finals.

Their opponents? No other than Princeton (USA) and Liman Tesla Voda (SRB) respectively as both teams defeated Saskatoon (CAN) in their opening games and then matched up to decide who would advance as first in Pool A. Liman Tesla Voda escaped with the win and stretched their winning streak to 12.

Speaking of winning streaks, Novi Sad Al Wahda (SRB) also had a clean record on Day 1. It's now been 29 games since they suffered their last loss... on that exact same court a year ago in the title game against Zemun... Humpolec Bernard (CZE) joined them in the quarter-finals after knocking out the 2-time World Tour winners Ljubljana in a thrilling overtime.

There were no miracles for the 12th and final seed Delhi 3BL (IND), who lost to both Piran (SLO) and Amsterdam Inoxdeals (NED). The Dutch squad topped the pool after Dimeo van der Horst swished a 2-pointer for the win in the last game of the day.