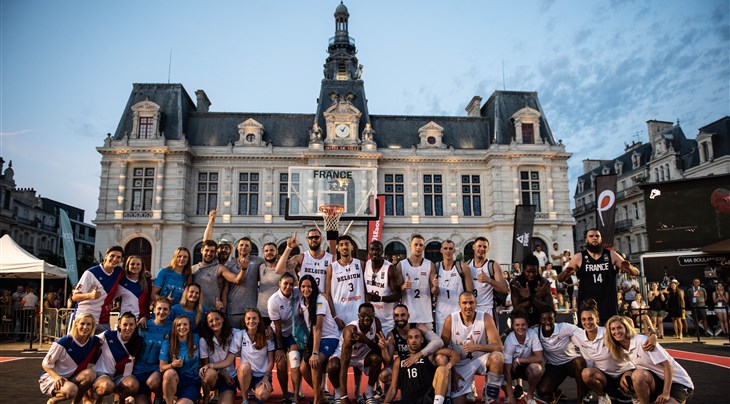 Twelve men's teams and 9 women's teams battled it out in the iconic Place du Maréchal-Leclerc in the heart of Poitiers for the chance to get 4 tickets per category to the FIBA 3x3 Europe Cup 2018 in Romania on September 14-16.

Men's reigning champs Latvia will have the chance to defend their title after defeating Israel in their elimination game. Hosts France brought everybody on their feet in their win against Montenegro, getting a spot in Bucharest. Russia and Belgium will be in Romania as well.

While France and Ukraine got their spot thanks to finishing first in their pools in the women's category, Czech Republic and Belarus defeated Poland and Germany respectively to advance to the 3x3 Europe Cup 2018.

Reminder: Seven teams secured their ticket to the FIBA 3x3 Europe Cup 2018 last week in Andorra and 15 squads have secured their spots so far