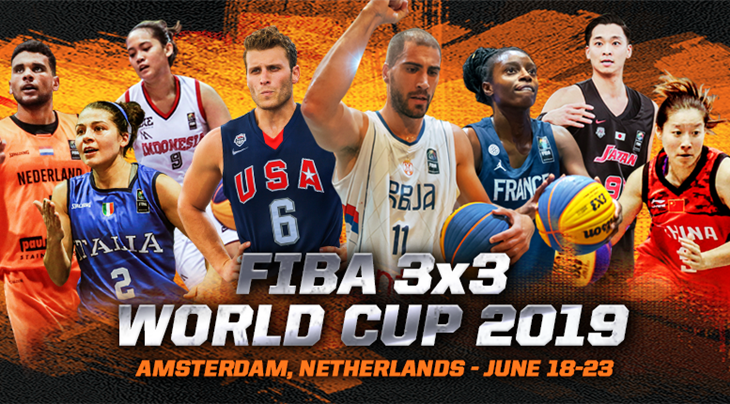 The 2 Dutch national teams were already qualified as hosts and Italy’s women and 4-time world champions Serbia’s men had also secured their World Cup spot after winning last year’s edition in the Philippines.

Thirty additional teams earned their ticket to the competition based on their position in the FIBA 3x3 Federation Ranking.

Mongolia’s women are the only squad to make their debut at the event.

China, Japan, Latvia, Mongolia the Netherlands, Russia and Ukraine are currently the only 7 countries which will feature both a men’s and a women’s team at the FIBA 3x3 World Cup 2019.

The 6 remaining tickets for the competition will go to the top 3 teams at the FIBA 3x3 World Cup Qualifier 2019, which will take place in San Juan, Puerto Rico on May 4-5. The list of participants will be announced tomorrow on FIBA3x3.basketball.

The FIBA 3x3 World Cup 2019 will be on the path to the Tokyo 2020 Olympic Games. The medalists will automatically qualify for an Olympic Qualifying Tournament, which will be held in May 2020. For more information regarding the Olympic qualification system, check out the Olympics section of FIBA3x3.basketball.

FIBA 3x3 events are played on Sport Court's floors with Schelde backstops, protected by MagicSky's tents and benefit from Wilson's innovative and specially-made ball for 3x3.